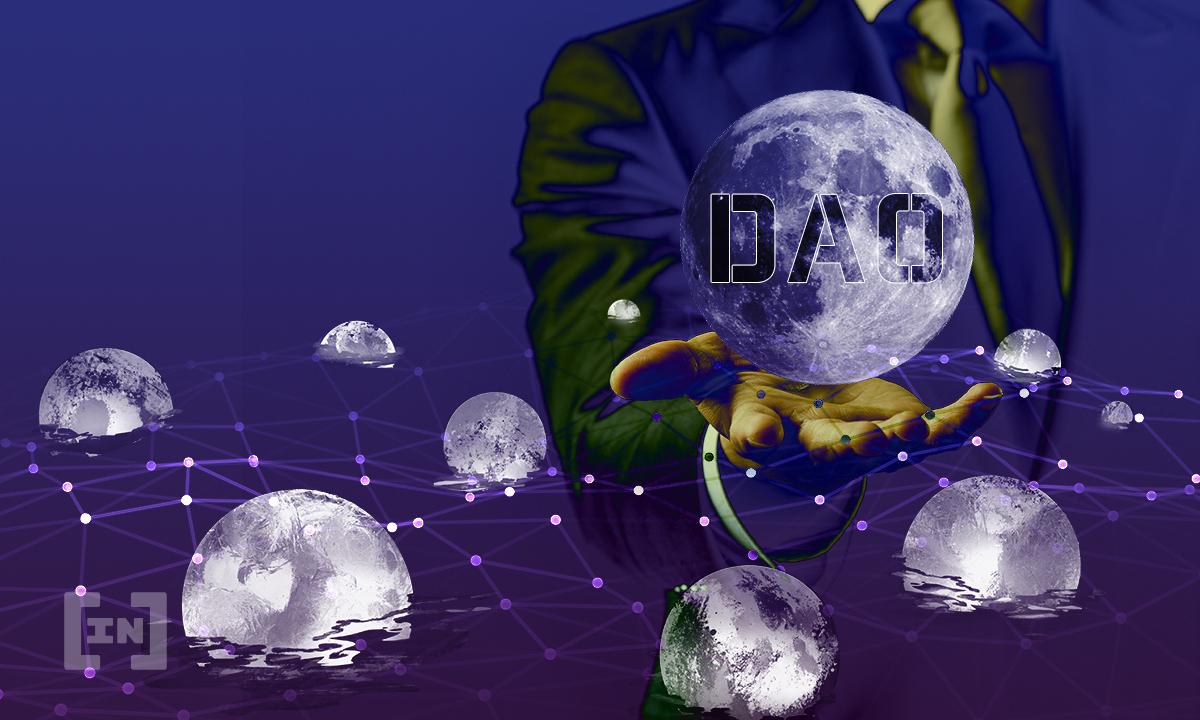 
Decentralized autonomous organizations are gaining popularity in the crypto space. While many of these relate only to businesses, CityDAO takes it a step further with the help of Vitalik Buterin.

Buterin recently purchased an NFT “citizenship” in CityDAO. This ambitious project is building a city on the Ethereum blockchain linked to physical land.

The participation of the creator of Ethereum is an interesting initiative. However, he didn’t receive as much attention as expected when he performed earlier this month.

On November 9, a Twitter user pointed out the lack of buzz surrounding this demonstrable investment by Buterin.

By checking the wallet on the Ethereum blockchain, it shows that an account with the property identified as Buterin has transferred 0.25 ETH to the CityDAO project wallet. This number is the amount required to obtain citizenship in NFT format.

This approach corresponds to Buterin’s thinking about the future of cities. At the end of October, he published a letter titled “Crypto Cities”.

It describes how DAOs could regulate and manage a digital city as a physical city through open voting among its participants.

While CityDAO offers a unique perspective, the integration of cryptocurrencies into cities is already underway.

For example, there’s the MiamiCoin backed by Miami Mayor Francis Suárez. Other cities like San Francisco or Seoul are implementing similar projects or have debated their use.

Additionally, the design of the CityCoins service allows cities to create bespoke digital currencies to help raise funds for local projects. For example, in the case of MiamiCoin, up to 30% of the funds raised by the new digital asset will be used to pay for new initiatives in the city.

In the case of Miami, the support of the institutions is clear. Additionally, the service allows any group of citizens to create cryptocurrency for their city. However, the key is to actually use it, which is why Suárez is on a mission to make it work.

New York Mayor Eric Adams has already said he will receive his salary in bitcoin. Hence, emulating his Miami counterpart, who became the first politician to accept BTC for public pay in the United States to promote the idea of ​​paying city officials in bitcoin.

Adams said the two had spoken and declared “not to be a competition but partners in this new adventure”.

It would therefore not be unreasonable to speculate that the mayor of New York could launch his own cryptocurrency in New York by following in Suárez’s footsteps in Miami.

Local crypto according to Buterin

According to Buterin, these cryptocurrencies should respect at least three of these points:

Regarding the last point, Buterin proposed that the vast majority of newly issued city tokens go to residents as a form of universal basic income. The Ethereum co-founder criticized current economic mechanisms for favoring “the rich over the poor.”

Beyond parts, DAOs for city governance

The adoption of a local cryptocurrency by a city with beneficial tokenomics is a great conceptual step. However, Buterin thinks he should go further.

He thinks that a DAO could allow a city to manage itself. It is an organization that does not have a leader. Its members can vote or propose ideas, decentralized and open government.

Buterin commented that, for now, it would be more practical if these projects started at the local level, and not at the state level, due to their greater complexity.

According to Buterin, a city has hundreds of aspects to deal with. These range from bike lanes, CO2 limitations or measures against the COVID-19 pandemic, among many others, citing:

“There are a lot of things that can and should be improved in cities, and a lot of opportunities. Despite the challenges, cryptocurrencies are, in general, an idea whose time has come ”.

He believes that DAOs offer citizens an obvious enrichment through voluntary participation in the management of their city. In addition, it shows two use cases where blockchain technology can be perfectly applied:

Looking at CityDAO, many of these values ​​championed by Buterin are present.

She already owns land in Wyoming. The new Wyoming DAO LLC law made this process possible. The law legally protects the creation of DAOs by giving them a legal status equal to that of a natural or legal person.

The legal document has been updated to accommodate the law that allows DAOs to be legal persons.

The administration claims to know who governs such an organization. Due to the update, Algorithmic Management Box already adapts to any DAO due to its decentralized nature. This very illustrative detail shows the positive evolution of this segment of the crypto ecosystem.

Initially, the project envisioned buying the 3,888-acre ranch from famous rapper Kanye West. However, he rejected the proposal because of the attention the move could attract so early in the process. As such, he went with a more modest plot.

Buterin’s investment in CityDAO reflects his commitment to the bridge between the metaverse and physical space.

The metaverse has been in development for some time. Successful cases include Axie Infinity in the video game industry and Decentraland, creating a digital metropolis similar to the well-known video game The Sims.

In both cases, it is confirmed that a purely digital market can bring real economic benefits to its users. In some cases, it even provides a source of income.

Interest in the idea of ​​a metaverse has recently been heightened by the renaming of Facebook to Meta. The move sparked an avalanche of interest from other mainstream companies.

For example, Nike began to patent products. In addition, Microsoft has started to develop valid digital products for the future metaverse market.

After the announcement, several consolidated projects in the crypto ecosystem dedicated to the metaverse saw a sharp increase in the price of their tokens. These included Axie Infinity (AXS), Decentraland (MANA), The Sandbox (SAND) or Enjin (ENJ).

The new management of Mark Zuckerberg’s parent company could push the idea of ​​the metaverse into the mainstream. In turn, they bring more people into space and interact with concepts like DAOs.