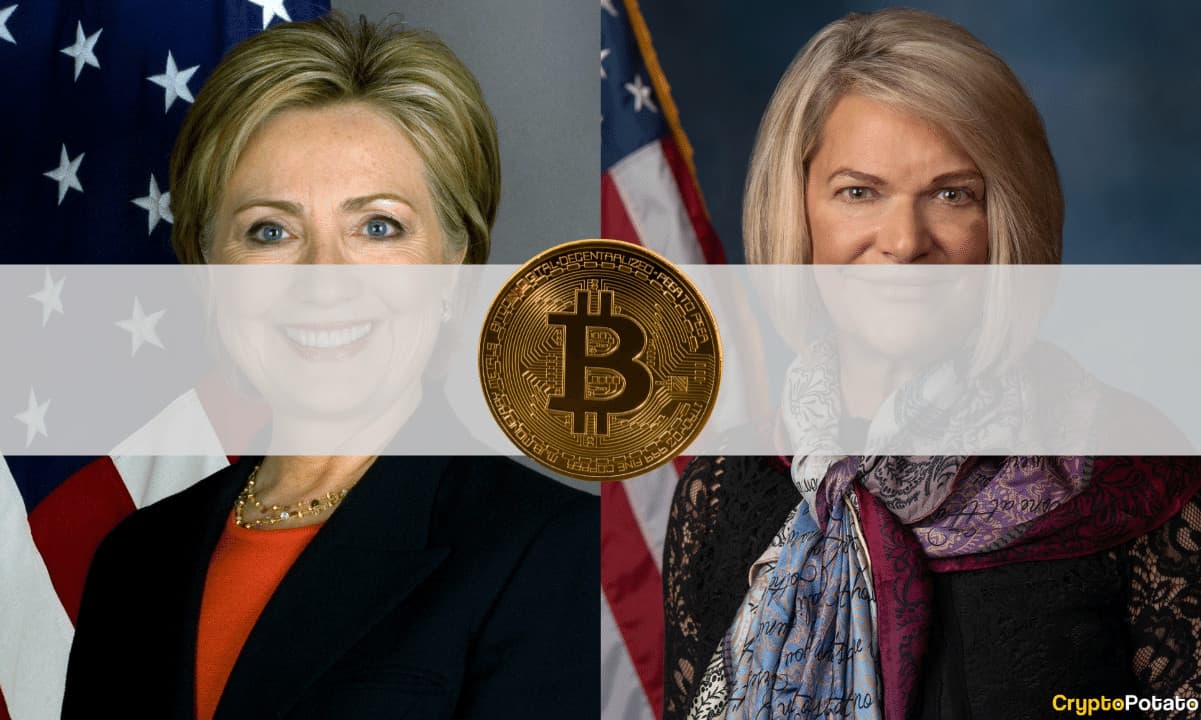 
Cynthia Lummis – Republican Senator from Wyoming – recently hit back at Hillary Clinton for deriding cryptocurrency. She suggested that Bitcoin offers a monetary solution to the US dollar’s inflation problems.

Lummis’ comments follow warnings from former Secretary of State Hillary Clinton earlier this week. During a panel discussion at the Bloomberg New Economy Forum in Singapore, the latter suggested that cryptocurrencies could “destabilize nations”.

Today, Lummis responded to Clinton with the opposite perspective. In a Tweeter, she said Bitcoin could help “stabilize” an otherwise unstable US dollar.

“Great leaders don’t fear the future. America could win the future by embracing Bitcoin as hard money that can be used to stabilize the USD and reverse the free fall that began in 1971.

In 1971, President Nixon abolished the gold standard entirely, placing America’s money supply under federal government control. Inflation has become a much more prevalent problem since then, and savings rates in the Western world have fallen dramatically. Bitcoin is often presented as a solution to this problem due to its absolutely fixed and unmanageable monetary policy.

The senator’s plea for progress is a direct attack on Clinton’s image as a politician. Running against Donald Trump in the 2016 US election, the former first lady has become an emblem of “establishment” politics – which Bitcoiners generally despise. That said, Trump has been equally apprehensive about crypto.

Is Senator Lummis a Bitcoin maximalist?

Either way, Lummis bluntly calls Bitcoin “money”, rather than just “active”. She has shown a fervent devotion to cryptocurrency before for this reason, even thanking God for its existence in a speech to Congress. Like many Bitcoin maximalists, she also criticized other cryptos and coins, like Shiba Inu.