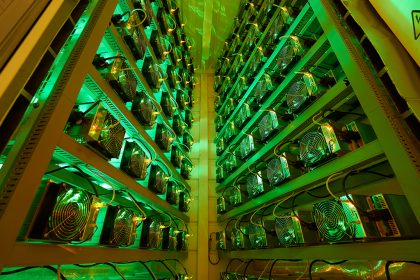 Riot Blockchain Inc (NASDAQ: RIOT) stock closed yesterday at $ 22.74, up 1.84% from the day’s opening price. Meanwhile, RIOT stock had gained around 3.17% in Tuesday’s pre-trade to trade around $ 23.44. The short pump was directly attributed to the news that the company has reached a deal with Bitmain Technologies Limited to acquire 18,000 Antminers. According to the announcement, Riot Blockchain will receive Bitmain’s Antminer S19 XP Bitcoin model, with 35% of the total price already cashed out. In particular, the amount paid is apparently refundable in accordance with the purchase contract. The two companies reached a deal worth $ 202.86 million.

Regarding the purchase contract, approximately 3000 S19 XP Bitcoin Antminers will be delivered monthly between July and December 2022. Therefore, the remaining amount will be paid before the respective shipments.

Riot Blockchain’s mission is to support the Bitcoin blockchain through large-scale mining in the United States. Through the acquisition of more Bitcoin Antminers, the company has increased its hash rate capacity for Bitcoin mining.

The company has benefited significantly from the booming Bitcoin market and the crypto industry as a whole. Especially now as US lawmakers are busy drafting new crypto policies. Additionally, the country’s regulators, including the SEC, approved the Bitcoin ETF last year, which was seen as an endorsement by the country’s crypto industry and its allies.

Riot Blockchain as a North American company has benefited greatly from China’s ban on Bitcoin miners. Additionally, the remaining 10% of Bitcoin to be mined is distributed over the next 100 years, creating a lucrative market.

As a result of El Salvador’s decision to adopt Bitcoin as legal tender and from mining using volcanoes, more institutional money has proliferated in the industry tremendously in recent months. Notably, the President of El Salvador, Nayib Bukele, predicts that Bitcoin will reach $ 100,000 in 2022. Additionally, he expects two more countries to accept Bitcoin as legal tender during the year.

Ads in the Bitcoin mining industry come at a time when Bitcoin and the entire altcoin industry remain under strong consolidation pressure. However, the breakout is expected to be huge and hit a new all-time high. Some analysts predict that the crypto industry will overtake the market cap of gold over the next decade.

A financial analyst who sees positive earnings in both directions of the market (bullish and bearish). Bitcoin is my crypto haven, safe from government plots. Mythology is my mystery! “You cannot enslave a mind that knows itself. That values ​​itself. That understands itself.”