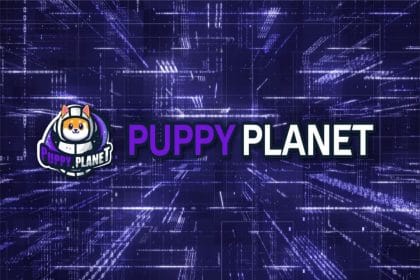 It only took three minutes for the second PUP Token sale to be completed, a sign of the growing anticipation surrounding the Puppy Planet game built on ABEYCHAIN.

The developers of Puppy Planet announced their second PUP token sale, which gave users a rare opportunity to hatch unique pre-game release assets. The project was the final preparation for the official unveiling of their innovative blockchain game.

Puppy Planet is a win-win game that looks like other similar win-win games recently popular on the blockchain ecosystem. It was deployed on the ABEYCHAIN ​​blockchain, which just won Blockchain Solution of the Year at the 2021 AIBC Europe Awards in Malta on November 16. The project is a recent creation of Puppy NFT Labs, a London-based game developer bringing non-fungible tokens, DeFi and gaming technologies together.

The sale began on November 12 at 8 a.m. Only 1000 ABEY accounts were supported for sale with each account limited to a maximum purchase of 100 USDT of PUP tokens (1200 PUP). Once an account address was used in a transaction, it could no longer be used. At the time of sale, the price per PUP token was 0.083 USDT.

Puppy Planet uses a unique blend of smart contract games (like Axie Infinity’s innovation) with a chance for users to develop their own non-fungible token collectibles. The move allows Puppy Planet players to buy and sell NFT animals while using animal mining to generate additional income.

In addition to their second-sale layouts, the Puppy Planet platform also gave players something they had never seen before. They provided a rare asset through their pioneering “Blind Box” sale on November 13th.

To explain, Puppy Planet has also put on sale 5,000 Puppy Blind Boxes, including 3,000 Ancient Puppy Gacha alongside 2,000 Legend Puppy Gacha. The 75 images of puppies from the initial blind box release were one-time, one-time issues. They become rare and collectable from launch.

For more information, Gacha, a former puppy, can only breed (hatch) a puppy of the common level. Legend Puppy can hatch one of five puppy levels (Common, Rare, Super Rare, SSR, and SSSR). The pup’s worth is directly proportional to his ranking in terms of puppy levels.

Of the 5,000 ABEY addresses that entered the draw, 7,500,000 PUP tokens were sold within 7 hours, which equates to 500,000 USDT at the time of sale. Interested players who wanted to purchase a Blind Box only had to create an ABEY wallet and authorize its attachment to Puppy Planet.

Upon becoming Blind Box owners, buyers could hatch puppies exhibiting elements of random value among other fighting characteristics. Afterwards, buyers could take their puppies to the farm or to the battlefield, depending on their preferences.

Puppy Planet has also declared its intention to eventually provide 180,000,000 PUP tokens in total, 90,000,000 which would be used for game mining. They also said that half of the income from official store transactions will be donated to the mining pool for rewarding purposes. And they said that being a part of the PUP mining business allows players to earn a stable income that would be directly proportional to the PUP prizes.

At launch of the game, PUP tokens would be acceptable for several use cases, including buying and trading non-fungible (NFT) tokens, props, release earnings, and even for hatching. pets at higher levels than those held at the time of purchase.