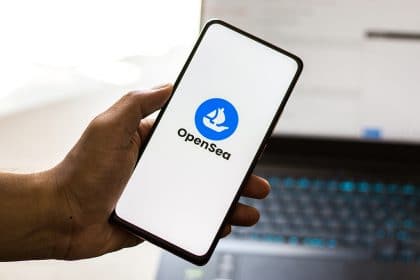 OpenSea’s new CFO, Brian Roberts, sheds light on the company’s IPO plan. However, the OpenSea community feels downcast and abandoned as an IPO plan will most likely mean there won’t be a token airdrop.

Speaking to Bloomberg, OpenSea CFO Brian Roberts shed some light on IPO plans. Roberts was also instrumental in executing a successful IPO strategy for Lyft in 2019. So he can play a crucial role in sharing his playbook with OpenSea. Speaking of OpenSea’s impressive financial records, Roberts told Bloomberg:

In addition, OpenSea founder and CEO Devin Finzer said the company is also talking to large investors for additional funds. OpenSea already has the backing of some of the big investors like a16z, Founders Fund, Coinbase and Blockchain Capital.

People familiar with the matter said investors were looking to invest more than $ 1 billion at a valuation of more than $ 12 billion. The NFT market has grown exponentially over the past few months. The last time OpenSea raised funds in July, it set a valuation of $ 1.5 billion.

Speaking further on the IPO plans, Roberts said the company does not need more cash. Instead, it will use the funds from the IPO “to acquire companies, enter into partnerships and form joint ventures to further expand the use of NFTs in new industries.”

As the NFT Marketplace seeks to raise funds from the public, community members are neither happy nor excited about the news. The IPO plan has also raised concerns among community members that the OpenSea token will not happen. The biggest dilemma among users of the OpenSea platform is whether or not they will receive a token drop.

Wait what? OpenSea does an IPO? Disappointed. Your platform is successful because of the community, and you can’t give back.

Many in the community were expecting an OpenSea token drop. This has been one of the most common practices among crypto projects. With this IPO, OpenSea users and NFT collectors feel the company has abandoned them in favor of investors.

It sucks to hear @opensea sells and goes public.

Their VCs didn’t get them to where they are today. We were doing.

Just another reason I can’t wait @Coinbase_NFT. If we are using company vehicles, we might as well use the one that will not go down three times a week.

OpenSea has been one of the most successful NFT marketplaces, facilitating billions of dollars in trading volume. However, with the recent decision, some users say they will switch to other platforms if they launch their NFTs and ditch OpenSea.

In The Battle Of Tether And USDC Will Emerging Asset Classes Such As NFTs, DeFis, Metaverse, And DAO Steal The Game?