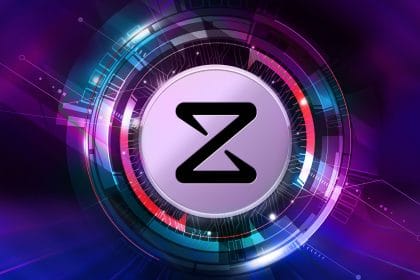 The NEAR Foundation has generated new funding for a host of major crypto investment platforms looking to leverage the specialized prowess of the ecosystem.

The NEAR Foundation has announced the conclusion of a $150 million funding round as the ecosystem seeks to tap into decentralized finance (DeFi). Led by Su Zhu’s Three Arrows Capital, the exercise also featured crypto-centric platforms such as Mechanism Capital, Dragonfly Capital, Andreessen Horowitz (a16z), Jump, Alameda, Zee Prime and Amber Group.

NEAR would use the new capital to accelerate its program to help countless people become acclimated to blockchain and Web3. It also includes promoting the learning and use of decentralized technologies and all their paraphernalia. A portion of the funds will also go towards the development of NEAR’s regional hubs and brand awareness. As Marieke Flament, Executive Director of the NEAR Foundation, put it in a post:

“We look forward to leveraging the funding to improve access to blockchain technology in an ever-growing list of countries around the world.”

The NEAR Foundation already has an established presence in many regions, including Asia, Africa and Europe. In addition, it also seeks to provide support to emerging communities in certain other regions. The foundation directs these efforts towards Latin America, Turkey and India.

NEAR Foundation funding bodes well for the network

According to Ashwin Ramachandran, general partner of Dragonfly, the funding round took about two weeks to close “end-to-end”. Ramachandran believes this strongly reflects the level of excitement and expectations towards the DeFi program planned by NEAR. The Dragonfly General Partner also praised the track record of the NEAR Protocol ecosystem, saying:

“NEAR has done a great job from a technology perspective, and we want to help them achieve a level of developer, user, and ecosystem adoption that reflects their current level of technology innovation.”

Ramachandran said the funding round presents a great opportunity for crypto-minded investment firms to enter the ecosystem. Including this past fiscal year, NEAR has now raised a total of approximately $162 million in venture capital funding to date. Additionally, the foundation has raised additional funds through token sales.

In addition to having a standalone blockchain, the NEAR protocol can also work with other blockchains. These include Ethereum, Polkadot, and Cosmos, to name a few. The protocol can facilitate the free movement of assets and communication between networks for a multi-chain future.

The NEAR network has processed over 70 million transactions and supports over 2.3 million accounts. It currently has around 200,000 community members and 1,700 active monthly builders and over 100 guilds. The valuation of the NEAR token is currently unknown, in addition to having a one-month time-weighted average price (TWAP).

Founded in 2018, the NEAR foundation blockchain has grown from the ground up. The blockchain caters to both developers and end users and offers seamless scalability for both categories of users. In October, NEAR announced an $800 million funding initiative to support ecosystem growth. Additionally, it has spent around $350 million on DeFi grants and liquidity mining.

Tolu is a Lagos-based cryptocurrency and blockchain enthusiast. He likes to demystify crypto stories to the essentials so that anyone, anywhere can understand without too much background knowledge. When not immersed in crypto stories, Tolu loves music, likes to sing, and is a movie buff.

Coinbase Weighing Up Listing Solana Ecosystem Tokens in Near Future