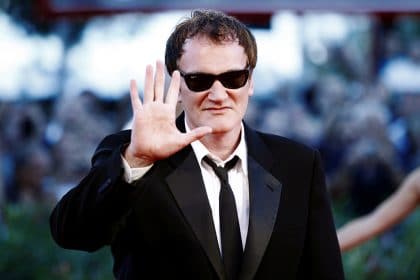 The Miramax legal team accused the Pulp Fiction director of an attempt to “deliberate, premeditated and short-term seizure of money.”

Earlier this month, Tarantino announced its partnership with blockchain company Secret Network. The two have together announced their plans to release a seven NFT line for the uncut and unreleased scenes of Pulp Fiction.

Now those who buy NFTs will also receive exclusive access to certain bonuses. This includes footage from the first handwritten draft of the film’s script as well as Tarantino’s commentary.

However, the twist is that Miramax, who released the movie “Pulp Fiction,” is considering releasing their own NFT set. Thus, the firm also argues that Tarantino does not hold the right to broadcast the NFTs of the film. As a result, Miramax sent a cease and desist letter to the director of the film.

Lawyers representing Miramax, in this case, argue that director Quentin Tarantino does not hold the right to sell the NFTs. They add that the entertainment company reserves all rights to Pulp Fiction as well as “all media known now or in the future.” Bart Williams, partner of Proskauer Rose LLP, who represents Miramax, said:

“Miramax will defend all of its rights in relation to its library, including rights relating to NFTs, and will not allow Quentin’s representatives to deceive others into believing that they have the power to enter into similar agreements in violation of the agreements of rights they signed “.

“This group has chosen to recklessly, greedily and intentionally ignore the agreement Quentin signed instead of following the clear legal and ethical approach of simply communicating with Miramax about his proposed ideas. This one-off effort devalues ​​Pulp Fiction’s NFT rights, which Miramax intends to maximize through a strategic and comprehensive approach. “

The lawyer also accused Tarantino and his team of their opportunity to “grab short-term money.” Legal representatives for Tarantino’s team have yet to comment on the case. The rise of non-fungible tokens has influenced major players in several sectors. NFTs offer a unique way to monetize assets while maintaining their authenticity. It will be interesting to see where this case unfolds.