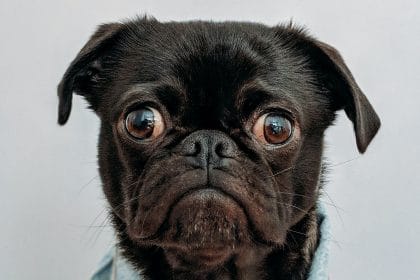 What’s special about Openmeme is that users don’t need to be professional artists to benefit from meme monetization.

The advent of blockchain technology and digital currencies, in particular, has allowed humans to monetize their ingenuity. This creativity is expressed in many forms ranging from the design of a unique Decentralized Finance (DeFi) application to the launch of collections of Non-Fungible Tokens (NFT). From the short history of blockchain technology, the creation of new platforms is recognized, rewarded and some often become extremely rich thanks to their creations.

However, the same cannot be said for the ingenious meme creators who make many people laugh on the internet, especially on social media on a daily basis. Memes are fun art, graphics, or unique representations of an image or text that convey a specific fun theme. As many social media users must have seen a number of memes in gif, image or video form, what many people are often unable to decipher is the owner or creator of a work of art as creative.

Openmeme, a web 3.0 meme sharing platform and the world’s first meme nft marketplace is determined to change the narrative when it comes to the recognition and rewards that meme creators deserve. The platform provides a means by which meme creators earn rewards and royalties on the memes they create.

Undoubtedly, memes are an underrepresentation of the next big nft revolution and it’s notably around the corner. Europe’s largest meme communities have come together and created the Openmeme platform which will launch with millions of users.

Openmeme in action: benefits for users and creators

Openmeme is a highly functional platform that rewards creativity through the power of decentralization. Openmeme allows creators or its users to upload memes, create NFTs, and acquire the rights to their creations and the ability to sell or trade them. As per its design, the community votes for the best memes and their authors are rewarded with OMC coins, the platform’s native token.

What’s special about Openmeme is that users don’t need to be professional artists to benefit from meme monetization. In fact, the craziest meme designed by anyone might be the most loved by the Openmeme community. With this flexibility, the Openmeme platform has lowered the barrier to entry for everyone to win in the burgeoning NFT revolution.

Despite this provision, not everyone has to be a meme creator, as everyone can contribute to the growth of the ecosystem by voting, buying and trading memes in general. For artists, their creations can be pushed to the top of the pack if community members vote for them or more people engage with them. For achieving this feat, creators can earn additional bonuses of up to $100.

The strength of the Openmeme NFT ecosystem

Created by experts in creating Web2.0 memes on platforms such as kwejk.pl and jbzd.com.pl, the Openmeme platform is built for success thanks to its experienced developers. Beyond developers, the Openmeme ecosystem has 500,000 members with a record 2,000 memes added per day. The platform’s unique activities generate up to 2 billion page views per year.

With blockchain, cryptocurrencies, and NFTs still abstracted to billions of people around the world, the Openmeme platform plans to graft more people into the ecosystem through the new added values ​​it introduces with Memes.