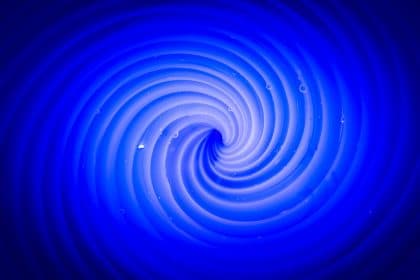 With LDK, Spiral aims to drive adoption of BTC by “providing a means for people in different parts of the world … to store value and engage in economic activity.”

On December 7, a subsidiary of Jack Dorsey’s Square Inc (NYSE: SQ) – Spiral – released a short video revealing its Bitcoin (BTC) Lightning Development Kit (LDK). In the video, the team behind the LDK explained why they came up with the idea to create the kit and how it can improve Bitcoin.

We made a very short documentary on the Lightning Development Kit, our big project in recent years. We wanted a puppet to play @jack‘s parts but settled for real @jack: https://t.co/q6eW4PDuNW

“The Lightning SDK is a way to easily integrate instant bitcoin payments into any app. “

“When our team was formed, we went to interview dozens of portfolio projects and developers. What we learned was that they were having a lot of trouble adding Lightning Network functionality. “

According to Spiral, its Bitcoin Lightning SDK is the easiest way to integrate Lightning into your Bitcoin wallet. Basically, this is a kind of generic library that allows you to create a Lightning node without having to worry about the exact accuracy of the entire Lightning state machine, routing, and punishment code. chain (and other chain interactions). The kit is easy to customize as it supports multiple languages, focuses on personalized user experiences, and offers personalized persistent storage.

Additionally, the Bitcoin Lightning SDK removes low-level Lightning logic, removing barriers to implementing the Lightning Network. As a result, developers can focus on the inner workings of their applications. Additionally, programmers can seamlessly take advantage of a flexible implementation of Bitcoin’s Layer 2 protocol to connect to the scaling network. Once implemented, LDK also enables instant BTC payments on games, apps, and other BTC apps.

With LDK, Spiral aims to drive adoption of BTC by “providing a means for people in different parts of the world … to store value and engage in economic activity.”

Last week Square changed its name to Block. As the company explained, its focus shifted to blockchain technology, and the rebranding would differentiate the Square brand, originally designed for the sales business, from the corporate entity. There has been no organizational change. Square, Cash App, TIDAL and TBD54566975 retain their respective brands. Additionally, the core workforce, including teams such as Counsel, People, and Finance, continues to drive the ecosystem at the enterprise level. However, alongside the name change, Square Crypto (Square’s crypto-centric arm) changed its name to Spiral.

As for plans closest to Square, or Block, the company is considering developing a decentralized cryptocurrency exchange to trade Bitcoin, fiat currency, or real-world goods.

Daria is an economics student interested in the development of modern technologies. She can’t wait to learn as much as possible about cryptos because she believes they can change the way we think about finance and the world in general.