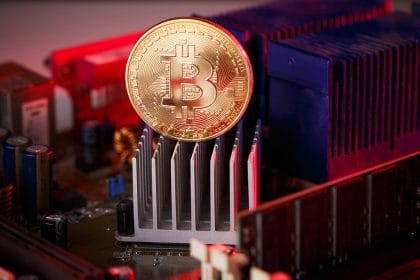 Dorsey thinks Bitcoin mining should be as easy as plugging a rig into a power source.

Payments company Block, formerly known as Square Inc, has unveiled its plan for its bitcoin mining system. Chief Hardware Officer Thomas Templeton revealed this in a series of tweets on Wednesday. Likewise, Jack Dorsey confirmed it in his tweet Thursday.

We are officially building an open bitcoin mining system ✨ https://t.co/PaNc7gXS48

Templeton noted that the goal was to make the bitcoin mining process more efficient and distributed. More than just creating new bitcoins, Templeton believes that making the mining process more accessible to everyone will play a huge role in a decentralized, permissionless future.

This is similar to a comment made by Jack Dorsey in October. The former Twitter CEO had said that “mining needs to be more distributed. The more decentralized this is, the more resilient the bitcoin network becomes. Dorsey thinks Bitcoin mining should be as easy as plugging a rig into a power source.

Using mining rigs, the vision of a decentralized mining process remains challenging. Additionally, rigs are expensive, difficult to move, and fraught with pitfalls in their use, including heat dissipation, dust, cumbersome rebooting, and noise.

To solve this problem, Block hopes to design more ASICs. Block’s hardware team led by Afshin Rezayee was tasked with doing just that. Additionally, the company recently announced the Customer Digital Design Lead role on Linkedin, fueling rumors of its intention. The Custom Digital Design Lead will assist in the validation of the ASIC silicon and its prototype.

Beyond democratizing the mining process, ASICs will help improve the user experience and reliability of the bitcoin mining process.

“We want to build something that works. What can we do to simplify this? he tweeted.

While Washington State is a hub for hydroelectric mining farms. New York produces the most hydroelectric power and is moving towards a goal of 100% carbon-free electricity. Additionally, Texas is also expanding its alternative energy sources by investing more in solar and wind power.

When you add political and geographic stability to this, it becomes clear that the United States remains a top destination for bitcoin miners.

At the time of writing, Bitcoin (BTC) was trading at $42,605.42 according to CoinMarketCap.

An experienced and passionate Fintech writer with a passion for helping people take charge, scale and secure their finances. Has extensive experience creating content in a multitude of niches. When he is not writing, he spends his time reading, researching or teaching.