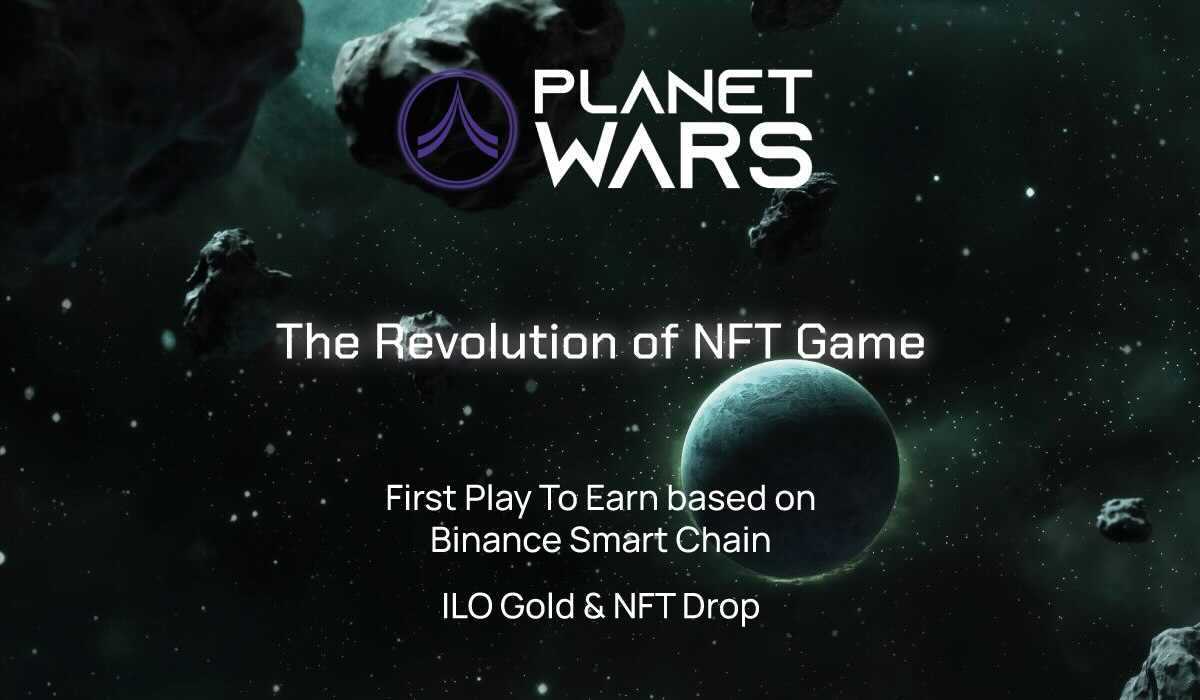 Have you ever wished you were a part of something bigger? For the opportunity to invest in a platform that offers both Initial Liquidity Offering (ILO) and NFT services and is ready to influence the cryptocurrency market?

Planet Wars comes with good news as they will make an OIT on its token and the platform will have NFT functionality. Launch dates are approaching, with the debut of OIT Gold on December 1 and NFT Planet Drop on December 13.

To take it a step further, the platform is a great place for newbies to start their cryptocurrency journey. Let’s find out more about what Planet Wars has to offer.

Planet Wars has created a fantastic universe for users where they can find an environment designed for NFT technology. Players will compete against each other using planetary defenses and spaceships to earn tokens. As it expands, the platform brings more pleasant news for both investors and users who wish to participate in the project. The first two events, as indicated in the roadmap, will be:

The platform is a win-win space war game built on the Binance smart chain, incorporating the concepts of NFT, DeFi, and gamification. This universe was created so that you can compete with other players using planets, defenses, and spaceships to earn tokens. It was born from two companies that have collaborated for years:

Planet Wars is a subdomain of GameFi, which combines decentralized finance with non-fungible tokens (NFT). GameFi games are not designed to be played to win but to be played to win. As you play, you can earn tokens by looting other planets and beating weekly scoreboards.

The planets of the universe have unique characteristics that influence the bonuses of the game. The entire reconstruction code of the image is saved entirely on chain, as part of the smart contract that governs the game. This is made possible by SVG images: a vector format that allows the generation of infinitely scalable images via XML tags.

All you need to know about this platform is that it has a lot of services and products that you can benefit from. This universe revolves around 1,123 NFT planets, each with its own set of characteristics that influence the in-game bonuses available on each planet. The coordinates, name, size, temperature K, habitability, color and satellite slot are more important.

Apart from that, each planet has its own design, which takes up most of the planet’s metadata. This design offers more options for the planet’s surface, which includes four different types of surfaces depending on the habitability of the planet, satellites and asteroids, and the background. The economy and decentralized finance of the Planet Wars universe is based on three resources with standard ERC-20 tokens, having their own features and tokenomics. These resources are: