Fidelity Report Shows Bitcoin Cycle Could Be Far from Over, Bets on BTC Miners 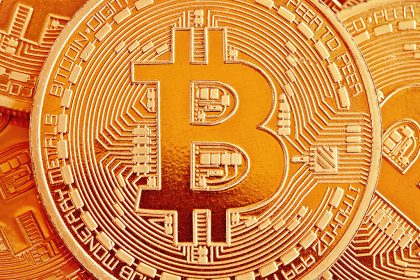 Fidelity noted that the way miners are accumulating and the mining industry has revived after the ban in China, they are set for a long run.

Bitcoin has given investors chills amid its recent volatility between $40,000 and $44,000. There is no clear indication of where BTC might be headed with borderline investors. But financial giant Fidelity Investments believes the Bitcoin (BTC) cycle is far from over. Its crypto arm Fidelity Digital Assets currently manages over $4.2 trillion in assets under management.

Amid all the current uncertainty, Fidelity has shared some of its key findings on the future of digital assets. In one of the reports published last week, Fidelity spoke about the encouraging state of Bitcoin miners. The report notes:

“As bitcoin miners have the most financial incentive to make the best guess as to the adoption and value of BTC (…) the current bitcoin cycle is far from over and these miners are making investments at long term.”

Miners are piling up #Bitcoins at the fastest pace since May 2021!💥🚀 pic.twitter.com/5n9RRty0Qi

Fidelity further stated that the recovery in the Bitcoin (BTC) hashrate is truly commendable. Following the Chinese ban in May 2021, Bitcoin’s mining hashrate crashed by 50%. However, it has now fully recovered and miners have successfully migrated to the US and other locations, bringing their mining rigs back online.

Fidelity notes that the rebound in hashrate being “more widely distributed around the world,” shows that miners are poised for long-term profits. Beyond miners, Fidelity has also made bold predictions about more nation states accepting Bitcoin as legal tender. The financial giant noted:

“There is a very high-stakes game theory here that if Bitcoin adoption increases, countries that secure some Bitcoin today will be more competitive than their peers. So we wouldn’t be surprised to see other sovereign nation-states acquire bitcoin in 2022 and maybe even see a central bank make an acquisition.

Tonga’s former MP recently suggested that the country could adopt Bitcoin in late 2022. Additionally, we are expected to have greater regulatory clarity on the use of crypto. This could further accelerate the adoption and participation of institutional actors.

Bhushan is a FinTech enthusiast and has a good flair for understanding financial markets. His interest in economics and finance draws his attention to the new emerging markets of Blockchain technology and cryptocurrency. He is continually in a learning process and motivates himself by sharing his acquired knowledge. In his spare time, he reads thrillers and occasionally explores his cooking skills.