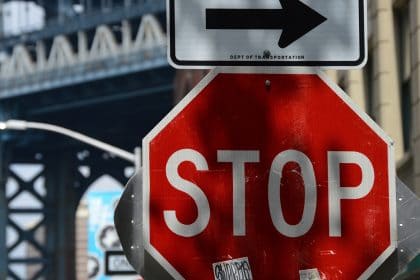 In the midst of Facebook Novi’s launch, some federal lawmakers want the social media giant to end the project.

Facebook Inc (NASDAQ: FB) has launched the pilot phase of its Novi digital currency wallet in the United States and Guatemala using the Paxos stablecoin. Facebook is finally launching Novi and going for Paxos’ USDP after its own native crypto Diem failed to gain regulatory approval. In addition, the social media giant announced the launch of the pilot in a blog post on Tuesday.

Novi’s pilot launch takes place more than two years after its first announcement. The wallet will facilitate fast, secure and free money transfers between users through mobile smartphone apps. However, all users must register with government issued ID.

For now, Paxos’ stablecoin will serve as Novi’s transactional currency, while the Coinbase clearinghouse will provide custodial services. According to David Marcus, head of Facebook’s Novi portfolio, this pilot phase “will test core functions and operational capabilities in customer service and compliance.” In addition, it will test the viability of stablecoins as a valid and durable form of payment.

In the midst of Facebook Novi’s launch, some federal lawmakers are asking the social media giant to halt the project. Senate Democrats on Tuesday sent a letter to Facebook CEO Mark Zuckerberg questioning the company’s credibility with crypto. In their own words, Facebook “cannot be trusted to handle the cryptocurrency”. Senators base this belief on the social media company’s past shortcomings in cyber risk management and consumer protection. Signed by Senators Brian Schatz, Sherrod Brown, Elizabeth Warren and others, the letter read:

“Facebook is once again pursuing digital currency plans on an aggressive schedule and has already launched a pilot for a payment infrastructure network, even though those plans are inconsistent with the current financial regulatory landscape – not just for Diem in particular, but also for stable coins in general. . “

“We urge you to immediately stop your Novi pilot project and make a commitment not to bring Diem to the market.”

Facebook responded to the Senators’ request through a spokesperson for Novi, suggesting the company would address the issues raised there.

In recent times, Zuckerberg and Facebook have opposed Congress more frequently. In 2019, Congress summoned the CEO of Facebook to testify on Project Diem (then called Libra). Zuckerberg’s summons was the culmination of weeks of tussle between Facebook and federal lawmakers, who were skeptical of the project. Additionally, Zuckerberg’s hearing came just a year after Facebook’s Cambridge Analytica scandal. This may have been another reason federal lawmakers were agitated against the company.

Another recent red flag raised against Facebook was earlier this month from whistleblower Frances Haugen. Haugen appeared before the Senate Commerce Committee to testify about the threat Facebook posed to users. Some of them include the use of Facebook itself and other affiliate services, such as the photo and video sharing giant Instagram.

Tolu is a Lagos-based cryptocurrency and blockchain enthusiast. He likes to demystify crypto stories down to the essentials so that anyone, anywhere, can understand without much background knowledge. When he’s not in the thick of crypto stories, Tolu enjoys music, loves to sing, and is a movie buff.