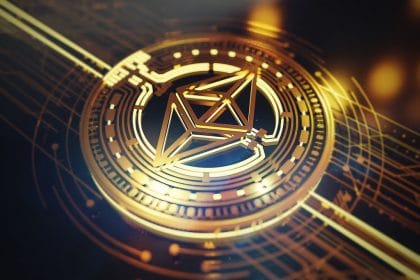 More than a million ETH worth over $ 4 billion have been burned in the four months since the implementation of the EIP-1559 protocol in August. The Ethereum blockchain will likely become deflationary by early 2022.

The second largest Ethereum cryptocurrency (ETH) in the world continues to reach milestones. Since the London hardfork and the implementation of EIP-1559 in August 2021, over a million ETH coins have been burned.

This equates to $ 4.2 billion at the current ETH price. The implementation of the EIP-1559 protocol reformed the Ethereum fee market while introducing a burn function that removes some of the transaction fees on the blockchain.

Some of the notable decentralized elements that contribute to the etching of ETH tokens include the popular OpenSea non-fungible token (NFT) platform or another NFT game up for grabs Axie Infinity. The next big contributors to transaction volumes on the Ethereum blockchain are decentralized exchanges like Uniswap, 1inch, and Sushiswap.

In addition, etching of ETH also occurs through the transfer of stable coins such as Tether (USDT) and USD Coin (USDC) on the Ethereum blockchain. Finally, users of wallets such as MetaMask and those who conduct regular ETH transactions contribute heavily to its network activity.

One of the fundamental goals of introducing the EIP-1559 protocol was to reduce the rise in gas charges on Ethereum and make it deflationary. Ultra Sound Money data shows that 7.67 ETH is burned every minute. This figure rises to 11,042 ETH burned every day. At the current rate, around 4 million ETH would be burned each year.

On the other hand, an addition of 5.4 million ETH occurs every year in the Ethereum blockchain. Thus, the Ethereum network continues to remain inflationary on a net basis. However, this dynamic will change next year with the release of the Ethereum 2.0 blockchain.

Here, the Ethereum blockchain will undergo a major transition from Proof-of-Work (PoW) blockchain to Proof-of-Stake (PoS) blockchain network. Additionally, staking rewards will be much lower than mining rewards. This would thus help lower the blockchain’s emission rate to well below its burn rate, thus creating a deflationary ecosystem. According to Ultra Sound Money, the maximum ETH supply will reach 119.7 million in early 2022 before starting to decline.