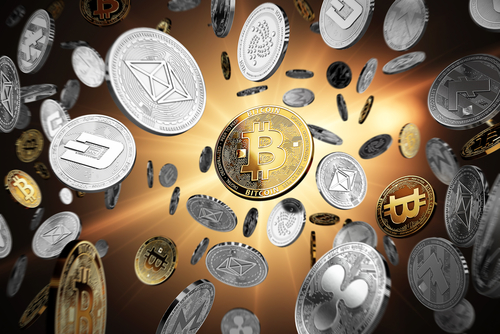 
Ethereum co-founder Vitalik Buterin shared some of his biggest predictions in the crypto space over the past decade, admitting in a Twitter thread that he was completely wrong.

He also reflected on lessons learned, explaining where he stands today on topics such as Bitcoin regulation, stablecoins, the Ethereum proof-of-stake roadmap, and Bitcoin Cash.

On Bitcoin and the regulatory climate

One of Buterin’s first comments on crypto regulation was in July 2013, when the Ethereum co-creator spoke about increased regulatory attention to Bitcoin and the consequences that would have on pioneering crypto.

But while he felt that Bitcoin was resistant to government interference, he felt that the increasing regulation of Bitcoin services such as exchanges was having an impact.

“Bitcoin is resisting the government not by being smart about what “legal category” it is in, but rather by being technological censorship proof,”He summed up his belief in those early days.

Based on what he thinks today, Buterin said he believes decentralization is going well with Bitcoin and is the reason it survives even in the most difficult regulatory environments. However, he still believes that being resistant to censorship is not enough if the flagship cryptocurrency were to thrive.

“Of course, decentralizing Bitcoin would allow it to “survive” in a super hostile regulatory climate, but it could not “thrive,“he noted.

According to him, for a strategy of resistance to censorship to be successful, the network must have both “technological robustness and public legitimacy”. Without it, he believes, the chances of prospering are limited.

Roadmap for PoS and Ethereum Sharding

On it, the Ethereum co-founder said it was almost laughable what he proposed as the timeline for moving from proof of work to proof of stake.

3. My projections from 2015 on when we will have PoS and sharding. Honestly, it was very wrong and it was worth the laughing matter; I’ll be sharing a screenshot of one of my presentations from 2015 so that everyone can laugh more easily. pic.twitter.com/6tbsmajJyu

Among the mistakes, he noted, is that he “deeply underestimated the complexity of software development.

On proof of work versus proof of stake, Buterin considers his earlier view of PoW’s waste of energy to be “apologist”. But now that he’s had an “intellectual evolution” on the subject, what’s good about PoW and PoS.

On Bitcoin Cash, DeFi and NFT

While he was very positive about altcoins at first, his outlook on some projects completely changed.

He flags Bitcoin Cash as one of the projects he says failed, with the main reasoning being that his supporters have largely rallied around rebellion and not skill and consistency.

Buterin’s take is that he got the most sense, including his idea on Uniswap and essentially predicting DeFi. However, he admits that he did not predict NFTs.