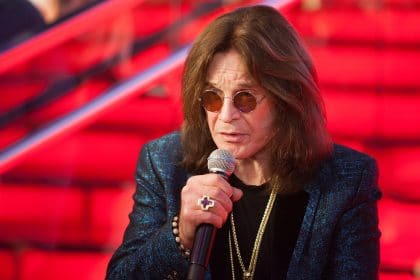 The NFT collection includes 9,666 totally unique NFT bats that will be unveiled in January.

English singer and songwriter Ozzy Osbourne, popularly known as the ‘Prince of Darkness’, has also joined the celebrity trend to venture into the crypto space as a recent announcement reveals the singer has launched its first NFT collection called Cryptobatz.

Following a recent announcement, the talented Ozzy Osbourne has just revealed that he is about to launch his Cryptobatz collection, a set of non-fungible tokens he created in collaboration with studio NFT Sutter Systems.

Interest in NFTs has skyrocketed since the start of the year and the trend continued until the end of the year. Therefore, it appears that non-fungible tokens are already on the way to the mainstream.

Ozzy explained how he managed to find his way to the crypto space, saying:

“I’ve been trying to get into the NFT action for a while, so when I asked Sharon for a bored monkey for Christmas after several failed attempts to buy mine, she said no, so I decided to create mine. “

9,666 unique Ozzy Osbourne NFT bats will be available next month

The NFT collection includes 9,666 totally unique NFT bats that will be unveiled in January. Therefore, enthusiasts can start acquiring the tokens by mid-January 2022.

According to the announcement, Cryptobatz will feature a model known as MutantBatz which offers users the ability to ‘bite’ and mutate with other NFTs like Bored Ape Yacht Club, SupDucks, Cryptotoadz and a few others from their wallets. digital.

Hence, allowing users to combine the functionality of two separate projects while creating an additional NFT. Those who are able to successfully apply to the project will have the opportunity to create up to three CryptoBatz per digital wallet. Public coinage is expected to begin in early February.

Ozzy mentioned some details of the design adopted by the project; “CryptoBatz is a fucking mental project for collectors and fans of NFT. The design pays homage to one of my most iconic moments on stage and is a chance to acquire a rare piece in the history of the art. I love it! “

The announcement further revealed that the pre-sale of the project is currently underway. Interested participants can complete their purchase through the CryptoBatz discord channel. He also promised that another 2,500 guaranteed CryptoBat presale whitelist passes would be available through the same channel.

Ozzy further announced that he will be launching a new development for his NFT project called AncientBatz. The project will present itself as a treasure hunt for CryptoBatz holders who will see the virtual Batz scattered around the world in hidden locations.

Caroline is a zealous writer who has recently taken an interest in Bitcoin and the cryptocurrency community. She is always learning about the industry and aims to provide timely and accurate information on the latest developments in the crypto space.