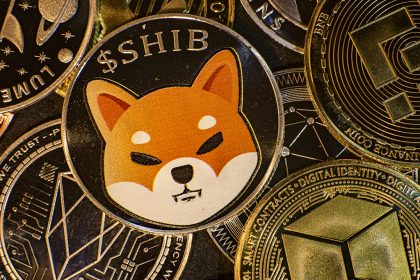 The initial phase post was intended to garner community feedback for the second launch.

The developers of the SHIB project came to reward the token users by launching the Doggy Dao project. Working towards decentralization, they reported that Doggy Dao will systematically come out in a step-by-step manner to enable users to understand the needs and requirements of the project while giving due consideration to the potential of the project.

According to available reports, the initial phase version was aimed at collecting community feedback in preparation for the second launch, where $ BONE would be more user-friendly. With the release of the Initial Phase, the community would be able to choose which cryptocurrency projects and pairs to feature on the ShibaSwap WOOF pools.

They would also decide on the distribution of the $ BONE reward points among the users. A new system would also come into effect, in which community members would have the right to vote and $ tBone holders, those who have a $ BONE token in its staked form, could choose their preferred projects. Dig deeper into the working mechanism of the system; It follows that a list of the top 50 liquidity / volume pairs will be presented by ShibaSwap, and among these users will choose their important votes.

The announcement states that “the votes would make projects accessible on ShibaSwap pools while serving as a catalyst for a completely decentralized process.”

So the developers believe that when a project has more votes, it will receive more $ BONE rewards. This triggers a positive competition where projects are actively competing for user votes. Depending on the dynamics of the project, user votes will not attract more than 30 additional pairs to WOOF pools over a 2 week period before the start of another round of voting.

According to the SHIB team, this initial release is vital because, in addition to introducing their decentralized exchange, it positions ShibaSwap for growth through increased volume and utility. At the same time, the developers are keen for SHIB users to take advantage of the associated benefits, in the hope that this would attract investors to the platform. In this way, the new voting tool will attract external projects to provide liquidity to their tokens and / or pairs.

Going further in its explanations, the developer contemplates that community feedback was prone to whale distortion, thus making it necessary to design mechanisms to ensure fairness. However, they also believe in its potential as a powerful tool, as the rewarded cash pools would be decided solely by the user community.

As developers lack the decision-making power, the element of decentralization stands out and users have the power to decide what kind of experience they want on the platform.

Oluwapelumi believes in the transformative power that the Bitcoin and Blockchain industry holds. He is interested in sharing knowledge and ideas. When not writing, he is looking to meet new people and try new things.