DarleyGo: Get Your Hands on This Interesting Solana-based NFT Game 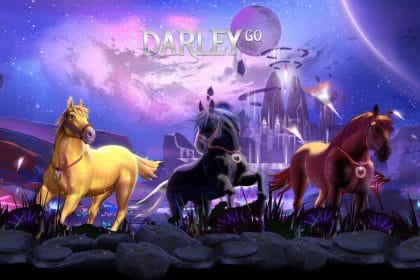 Based on the theme of real-world equestrian myths, DarleyGo combines the tradition of imaginative play with the fun of horse racing, turning it into a fast-paced and engaging game.

Non-Fungible Tokens or NFTs as we know them have become very popular in the crypto world over the past year. NFTs are nothing but digital fingerprints of all unique and collectible items running on a secure blockchain platform. The use of NFTs has also exploded in the world of blockchain-based games.

The Solana blockchain has emerged as an interesting alternative to Ethereum for launching NFT game projects. DarleyGo is also the world’s first mythical NFT horse racing game built on top of Solana.

The game allows users to buy, race, collect and breed NFT horses on the Solana blockchain. Based on the theme of real-world equestrian myths, DarleyGo combines the tradition of imaginative play with the fun of horse racing, turning it into a fast-paced and engaging game.

The gaming industry has grown aggressively and blockchain-based games are proving to be the next big thing. This, coupled with the use of NFTs, will allow users to take ownership of gaming digital assets and further monetize them within the gaming ecosystem. Thus, NFT is likely to bring a sea change in the gaming sector and DarleyGo is exploiting this opportunity.

DarleyGo says Solana’s choice makes sense because of “its ultra-high speed, low transaction cost, and competitive ecosystem.” So users won’t have to worry about network congestion issues or high gas charges. This brings a seamless gaming experience to all its players.

The DarleyGo game theme features Kavaia Galaxy in which horses populated the planet of Altair known as horse heaven. The name of the game is named after one of the three most popular horse tribes – Darley, Areo, and Hayato. These are the three dominant lines of the DarleyGo universe.

Each of these horses in the DarleyGo universe has distinct abilities and characteristics based on its pedigree. Since each has a unique ability, this will directly impact the horse’s performance in a race.

In the future, DarleyGo plans to enter the Metaverse Emerging Market. This will include “riding your own horses around the galaxy, building racetracks to interact with other players with VR integration.”

Bhushan is a FinTech enthusiast and has a good flair for understanding financial markets. His interest in economics and finance draws his attention to the new emerging markets of Blockchain technology and cryptocurrency. He is continually in a learning process and keeps himself motivated by sharing his acquired knowledge. In his spare time, he reads thrillers and occasionally explores his cooking skills.