Crypto in Greece — Decentralized Solutions in the Birthplace of Democracy 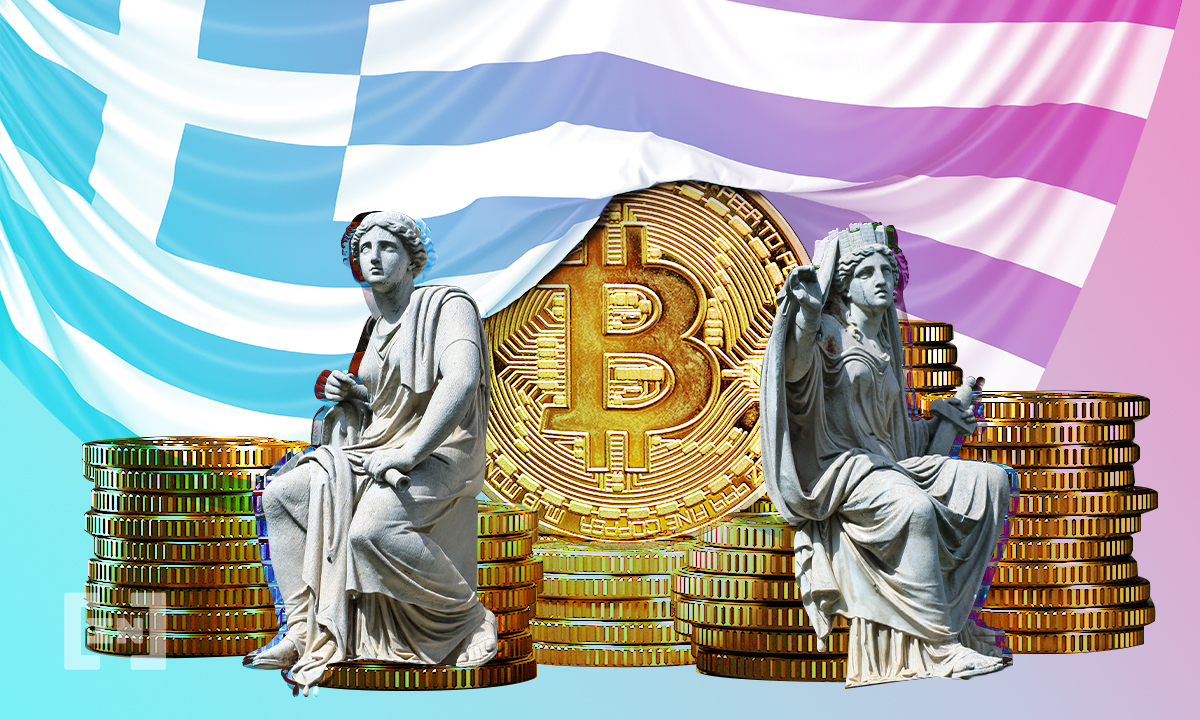 BeinCrypto was launched in Athens, Greece, and spoke to locals in the crypto and blockchain community for a better understanding of industry dynamics in the country.

Greece has a worldwide reputation for its stunning landscapes, food, and contributions to modern society. The development of the foundations of modern democracy places Greek innovation in most of the developed countries of the world. However, more recently the country has faced major social and economic upheavals.

The consequences of the housing crisis in the United States of 2007-2008 sent waves that reached the Greek shores. At the start of 2010, the Greek public debt crisis would trigger nearly a decade of financial difficulties for the country.

The crisis was a stew of underreported spending, the introduction of the euro, the global recession and over-taxation pressure from the general public.

Then came 2015, a particularly dark year in the crisis with a rush on national banks. In addition, there were capital controls on withdrawals and international spending for average citizens.

During these tumultuous times, Greece’s reputation in the world changed. Instead of dazzling beaches and the cradle of modern societal ideals, the country has become synonymous with riots and financial mismanagement.

However, it was during these difficult times that some Greeks relied on alternatives for financial stability. For some, decentralized solutions have become an answer to a very centralized problem.

Moreover, the crypto community on the ground in Greece reflects a spirit of community so intrinsically linked to Greek culture in hard times as well as in good times.

In Greece there is always plenty of time to get together with friends and relatives. Whether it’s for an extended coffee, a stroll through the city center, or a glass of local spirits, the community energy of the country is strong.

To better understand how the country navigates the ever-changing world of financial technology amid its traditional financial difficulties, we turned to the local community. At the heart is Dimitris Tsapakidis, a Bitcoin maxi, Infosec consultant and creator of the WeAcceptBitcoin website – a benchmark for crypto-related information in Greece.

Tsapakidis is one of the handful of organizers of the “Blockchain Greece” MeetUp group. It is an online, in-person community with over 2,700 members. As the global pandemic has forced online meetings, their in-person events have drawn large crowds and high-profile speakers like Andreas Antonopoulos.

“This community dates back, I am told, to 2013. I joined in 2015. You may have heard that the banks closed in Greece in 2015, there was a bank run and the banks closed for two weeks. It’s brought lots and lots of people to bitcoin, ”he says.

“In 2015, it was mostly bitcoin, and nothing more [in reference to other cryptos]. Many people showed up at meetings and at ATMs. Bitcoin ATMs entered the country because it was the only payment method and you couldn’t use your debit card or credit card to pay for anything abroad. Even your Dropbox account. So people flocked to bitcoin, there was an explosion of interest at the time.

A solution for a difficult time

Dimitris recalled Bbitcoin as a way for the Greeks to “get ahead” during a period with very few options.

“Bitcoin was seen as a way forward. As a security tool, but also as a means of making payments abroad. People would buy bitcoin, then put it in a debit card abroad and pay with it. So that solved an immediate problem, ”he says.

Face-to-face encounters around crypto have grown, in part thanks to the presence of Antonopoulous and also other local institutions that harbor favorable sentiments for crypto and blockchain.

“The University of Nicosia in Cyprus has been offering online cryptocurrency courses for many years, which many Greeks have attended. I think it was the first university in the world to offer this type of course and also to offer certificates registered on the blockchain ”, explains Dimitris.

Anni Panagiotopoulou, Head of Business Development at Come Together, a developer of blockchain ticketing protocols based in Greece, commented on the strong community ties in the Greek crypto scene.

“Greece is in a permanent state of crisis. Much has been said about Grexit, everything has created a climate of mistrust of the current system. And this climate has pushed people to look for alternatives, ”she says.

“On the other hand, the Greeks, as a culture, are people who like to bring people together. And I think it came naturally that when someone knows something, they want to share it. The same goes with cryptos.

In Greece, despite otherwise high taxes, the government has not touched crypto in terms of regulation.

“So far, the government has implemented only one law. This is the five European-wide AML directive, which all European countries have implemented. However, this only affects exchanges and ATMs, as well as any companies that hold cryptocurrencies, ”Tsapakidis said. “About seven companies registered with the government.”

However, Dimitris pointed out that the recognition of cryptos in law and government agreements makes them more legitimate.

“The law says nothing about taxation. I think he is waiting for Europe to come up with rules on taxation. So in terms of taxation, there are no rules. But most accountants say you should play it safe. Report it as capital gains, which are taxed at 15%, a very good rate actually, ”he says.

On Dimitris’s website, he includes details of Greek government regulations and public positions on crypto. It is a major Greek resource for local investors and space companies.

When it comes to putting crypto in the hands of the locals, a major contributor is the crypto “shops” created by BCash, the dominant crypto ATM initiative in Greece.

Stratos Apostolidis, market analyst for the company, said: “Slowly the Greeks are getting to know crypto. It’s progressive. In general, in Greece, we don’t have initiatives to train or educate people, but the presence of crypto ATMs is something that makes people wonder what it is. They learn because they saw something on the road.

BCash was the first to create dedicated stores in 19 locations on the mainland and two islands in Greece. Stratos said the slots allow investors to buy and trade Bitcoin (BTC), Ethereum (ETH), Litecoin (LTC) and Dash (DASH).

“There is someone working inside. We help a lot of people out there who are having trouble figuring out how to trade fiat into crypto or the other way around. It’s more personal that way, ”he says.

Asked what else can be done to promote adoption among Greeks, Stratos said there is a lot going on, but community initiatives are important.

“There are too many things that could and should be done. But talking with people and raising awareness among the local population is important. For example, even with my friends, at first none of my friends believed or understood cryptocurrencies. Now after seeing my work with BCash and talking to me, almost everyone has changed their position.

Along with a growing community around crypto, businesses and labs related to blockchain technology are on the rise in Greece.

As already mentioned, the University of Nicosia in Cyprus put the Greek-speaking world on the map with one of the world’s first blockchain courses. In Athens, the National and Capodistrian University has a laboratory dedicated to blockchain in close collaboration with IO, formerly IOHK.

The general public may not be as familiar with the capabilities of the technology, but small pockets of local developers are slowly changing that. Panagiotopoulou is at the forefront of local development.

Initially, Come Together started in 2019 as a ‘blockchain-based digital ticketing solution with QR code updates every 30 seconds to prevent fraud and scalping. It was before the pandemic, ”said Panagiotopoulou.

“When the event industry closed, we looked for a way to use the blockchain development we already had in place to address the issue of COVID-19 secure events.”

“The blockchain provides a secure infrastructure that cannot be manipulated by malicious actors seeking to create fraudulent tickets. Translating this into COVID-19 certificates was a logical next step in ensuring that the health access control for events was valid. Additionally, the need to secure sensitive health data and comply with GDPR requirements. “

Panagiotopoulou said the company piloted a program in Greece. “We did a test in Greece with an organization called Emergency Help. ”

As Greece continues its many battles, both social and financial mitigation of interactions with emerging technologies will be an important tool.

Growing community support and innovative solutions using emerging technologies are at the forefront of evolving possibilities for financial and technological freedom in Greece.