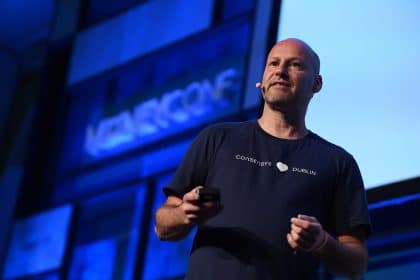 This funding has helped ConsenSys achieve the coveted unicorn status. The company is now one of the leading crypto-focused companies.

Blockchain software technology company ConsenSys announced that it had raised $ 200 million in a fundraiser, bringing the company’s valuation to $ 3.2 billion. The blockchain company was able to secure the new funds thanks to contributions from old and new investors.

Existing investors such as HBSC, Defiance Capital and Animoca Brands participated in the recent funding, along with other new investors. Other former investors contributing to ConsenSys’ latest round of funding are Electric Capital, Coinbase Ventures, The Spartan Group and DragonFly Capital.

This funding led ConsenSys to achieve coveted unicorn status, a term that describes new businesses valued at $ 1 billion and above. The company is now one of the leading crypto-focused companies.

MetaMask served as a route for users to enter DeFi by providing an infrastructure that connects decentralized exchanges. According to the founder of ConsenSys, Joseph Lubin, MetaMask’s mission is to “democratize access to the web3 in a way that prioritizes consent, confidentiality and free association”.

Commenting on the ConsenSys MetaMask portfolio, the CEO of one of the investment firms, Third Point, said:

“ConsenSys’ MetaMask portfolio and other tools provide a unique platform for consumers, businesses and developers to engage, build and create on the decentralized web. “

On the other hand, ConsenSys has negotiated a deal to take control of an open source version of Ethereum. This version of Ethereum is known as Quorum and can be used to create supported networks. The platform has a global base of nearly 100 customers and is currently used by ten central bank digital currency projects.

For a company founded in 2014, ConsenSys seems to find its place in the crypto space. Although largely funded by the personal fortune of the CEO, the company is reportedly spending up to $ 100 million per year.

Typically, the crypto industry has seen tremendous growth this year, which means some technologies need to follow suit. This, in relation to the ConsenSys funding cycle, is to create and expand a single platform for consumers.

At the same time, crypto venture capital has recorded milestones since the start of the year. Venture capital firms committed more than $ 17 billion to crypto companies between January and October 2021.

Ibukun is a crypto / finance writer interested in conveying relevant information, using non-complex words to reach all kinds of audiences. In addition to writing, she enjoys watching movies, cooking and exploring restaurants in the city of Lagos, where she resides.