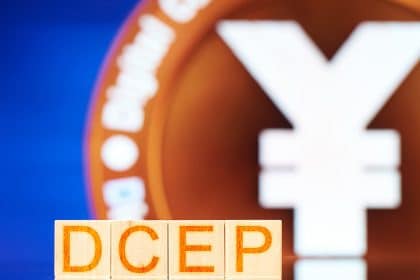 Although the digital yuan has encountered stiff opposition from countries like the United States, China has continued to push forward with its e-CNY plan.

China has finally launched its digital yuan mobile wallet called e-CNY, and the new app will be available for download from all iOS and Android app stores nationwide.

To celebrate the New Year, China launched a digital yuan mobile wallet, which is available to all Android and iOS users. BlockBeats, a local news platform, was the first to disseminate the information through its Twitter account, with users being invited to test the “open and manage personal wallet” and “exchange and exchange services” app. e-CNY circulation “.

Under the initiative of the Chinese government and the development of the Digital Currency Research Institute of the People’s Bank of China, downloading the e-CNY app requires several strict rules and regulations that must be followed.

For example, a user would need to be physically present in one of the 11 listed sites, Shenzhen, Suzhou, Xiong’an, Chengdu, Shanghai, Hainan, Changsha, Xi’an, Qingdao, Dalian and the Olympic Winter Games area . This is the only way the download can be possible and the trial wallet can be activated.

Having a national digital currency has been debated in many countries, including China. Today, the Chinese digital yuan is a reality and will be made public once this trial phase is completed.

Although the digital yuan has encountered stiff opposition from countries like the United States, China has continued to push forward with its e-CNY plan. In 2020, the Central Bank of China offered to use CBDCs during this year’s Beijing Winter Olympics.

Two months ago, the Governor of the People’s Bank of China, Yi Gang, assured that the country was on the verge of developing a national digital currency. He also referred to the design of the e-CNY, its general use, and the increase in its interoperability with other payment gateways.

Governor Yi concluded that the Central Bank will improve privacy protection and anti-counterfeiting function. The governor said that the protection of personal information is a sensitive issue for the Central Bank and the Chinese government; thus, a perfect balance must be struck between the protection of privacy and the prevention of crime. However, the trial phase of the launch should introduce users to e-CNY and consider any significant upgrade suggestion or advice.

China has already started to create an environment conducive to the development of its e-CNY. In September 2021, China banned crypto-related activities. Experts believe the move is aimed at reducing competition against its national digital currency. Governor Yi finally assured that the People’s Bank of China was ready to extend its friendly cooperation with the rest of the world to improve its CBDC projects.

Oluwapelumi believes in the transformative power of the Bitcoin and Blockchain industry. He is interested in sharing knowledge and ideas. When not writing, he is looking to meet new people and try new things.