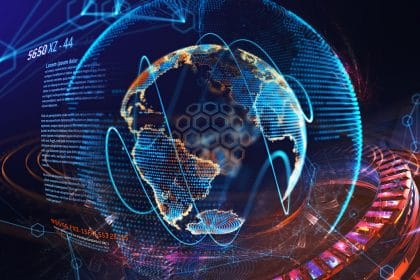 Crypto Blockchain Industries (CBI) has announced the expansion of new universes in the AlphaVerse metaverse. Notably, AlphaVerse is a metaverse ecosystem that is expected to begin operations in 2022. The metaverse industry has seen tremendous growth as more and more institutional investors focus on its long-term aspects.

Meta Platforms, formerly known as Facebook, capped it all by focusing on the metaverse market. Additionally, more hardware-based companies like Nvidia and Apple are working on developing gadgets that will enable a seamless transition to the metaverse industry.

The ecosystem currently receives funds from the sale of NFT land and other virtual objects. “if the transferred NFTs include intellectual property owned by a third party and used by CBI under license, CBI pays part of the income to the holder in the form of royalties; the average royalty rate ranges from 30% to 70% of revenue collected,” the company noted in a press release.

In addition, the platform raises its funds through the sale of crystal tokens. Notably, the Crystal token is the native currency used in the AlphaVerse ecosystem and is integrated into the Binance Smart Chain.

However, the company plans to add other revenue streams in the future once its services are up and running. Among the planned revenue streams are micro-transactions, game sales within the AlphaVerse, and revenue sharing with game developers.

AlphaVerse and the Metaverse Market

Among the notable universes of the AlphaVerse is one dedicated to legendary hip-hop photographer Chi Modu, who passed away in May 2021.

“The Chi Modu AlphaVerse will include a museum with some of his incredibly famous visual images. Fans will also be able to create their world by developing specific neighborhoods and virtual communities and will be able to own customizable apartments or houses. The first release will take place in the first half of calendar year 2022,” the company said.

Another notable universe on the AlphaVerse is that developed by Apex Predators and features over 5,000 figurative digital works.

AlphaVerse expects to attract more gamers despite significant competition from other tech companies around the world. Institutional investors through the DeFi ecosystem are focusing on the metaverse market which is expected to grow significantly over the next few years.

Remember, the non-fungible token (NFT) industry, which is an integral part of the metaverse, has seen tremendous growth in the last year.

A financial analyst who sees positive earnings in both directions of the market (bullish and bearish). Bitcoin is my crypto haven, safe from government conspiracies. Mythology is my mystery! “You can’t enslave a mind that knows itself. That values ​​itself. That understands itself.”