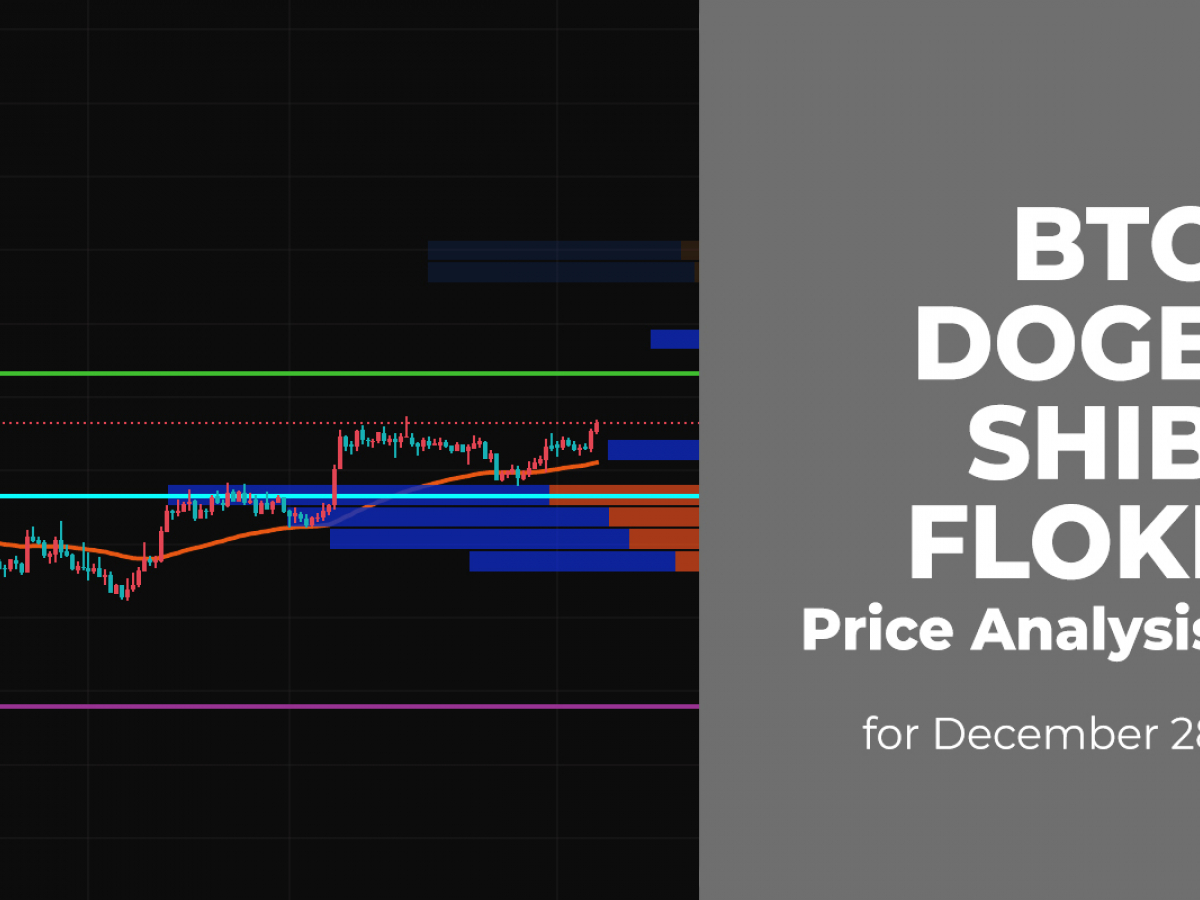 
The bulls may have secured some positions as the market turned red on Tuesday.

Yesterday morning, buyers tried to continue the rally. During the day, they were successful in testing the $ 52,000 level; however, they failed to break off and fix on top of it.

In the evening, a pullback started, as a result of which the pair fell below the psychological bar of $ 50,000.

Today, the decline may continue to the POC indicator line, and if it does not stop the pullback, the price may reach the level of $ 47,745.

The current decline has not affected DOGE much from a technical point of view. The same coin is still trading in a wide channel between the orange support level at $ 0.1310 and resistance at $ 0.2204.

Sideways trading is also confirmed by the low trading volume which means that neither bulls nor bears dominate at the moment. In this case, you have to pay close attention to the limits of the canal.

FLOKI is no exception to the rule since its rate has also fallen since yesterday.

FLOKI looks bearish on the daily chart as price returns to the support level at $ 0.0001150 after its false breakout. If buyers cannot grasp the initiative, the decline can continue down to $ 0.0009675. Such a scenario is relevant until the end of the current week.