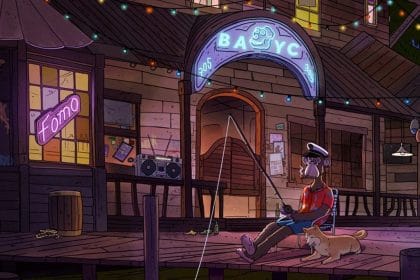 The growing demand for bored monkeys is in part due to the increased demand for NFT among celebrities.

The 10,000-piece NFT collection named Bored Apes Yacht Club (BAYC) has now passed the billion dollar sales mark. Monkey avatars were originally created as tickets to an online social club. However, in 2021 it has seen tremendous growth. As a result, total sales of the non-fungible token reached $ 1.03 billion on January 4 according to data from CryptoSlam.

In December, it briefly broke the CryptoPunks floor price before reversing again. BAYC crossed the mark after more than $ 55 million in sales at the end of the year. Now, according to OpenSea, the collection has an unprecedented trading volume of 265,000 ETH. This makes it one of the top ten most expensive NFTs sold.

These ten thousand bored monkeys are currently held by around 6,000 holders.

The growing demand for bored monkeys is in part due to the increased demand for NFT among celebrities. In 2021, celebrities such as Stephen Curry, Martin Garrix, Post Malone, Diplo and DK Khaled, all purchased from the Bored Apes collection. Eminem also joined the train in January. The rapper bought Bored Ape # 9055, a gold-adorned monkey, for $ 462,000.

There are suggestions that the collection’s prices are overestimated. And that buying it is more of a class statement than an interest in actual art. The growing interest in celebrities has added credence to this rumor.

Nevertheless, the peak in demand has led to multiple partnerships, one of which with Adidas signifying the latter’s adventure in the Metaverse. The company also partnered with the Animoca brands in December to launch the BAYC Play-to-Earn game.

A line of controversy

The rise in demand has not been without its share of controversies. More recently, BAYC had to defend its reputation after racist accusations.

In addition, there have been questions about the security of NFTs. Specifically, OpenSea reportedly froze some NFT assets after a collector lost $ 2.28 million worth of NFTs to a phishing scam. Some have accused the holders of not practicing smart security techniques. Others accused the market of acting out of order by asking how a decentralized market can freeze accounts.

An experienced and passionate Fintech writer with a passion for helping people take charge, scale and secure their finances. Has extensive experience creating content in a multitude of niches. When not writing, he spends his time reading, researching, or teaching.