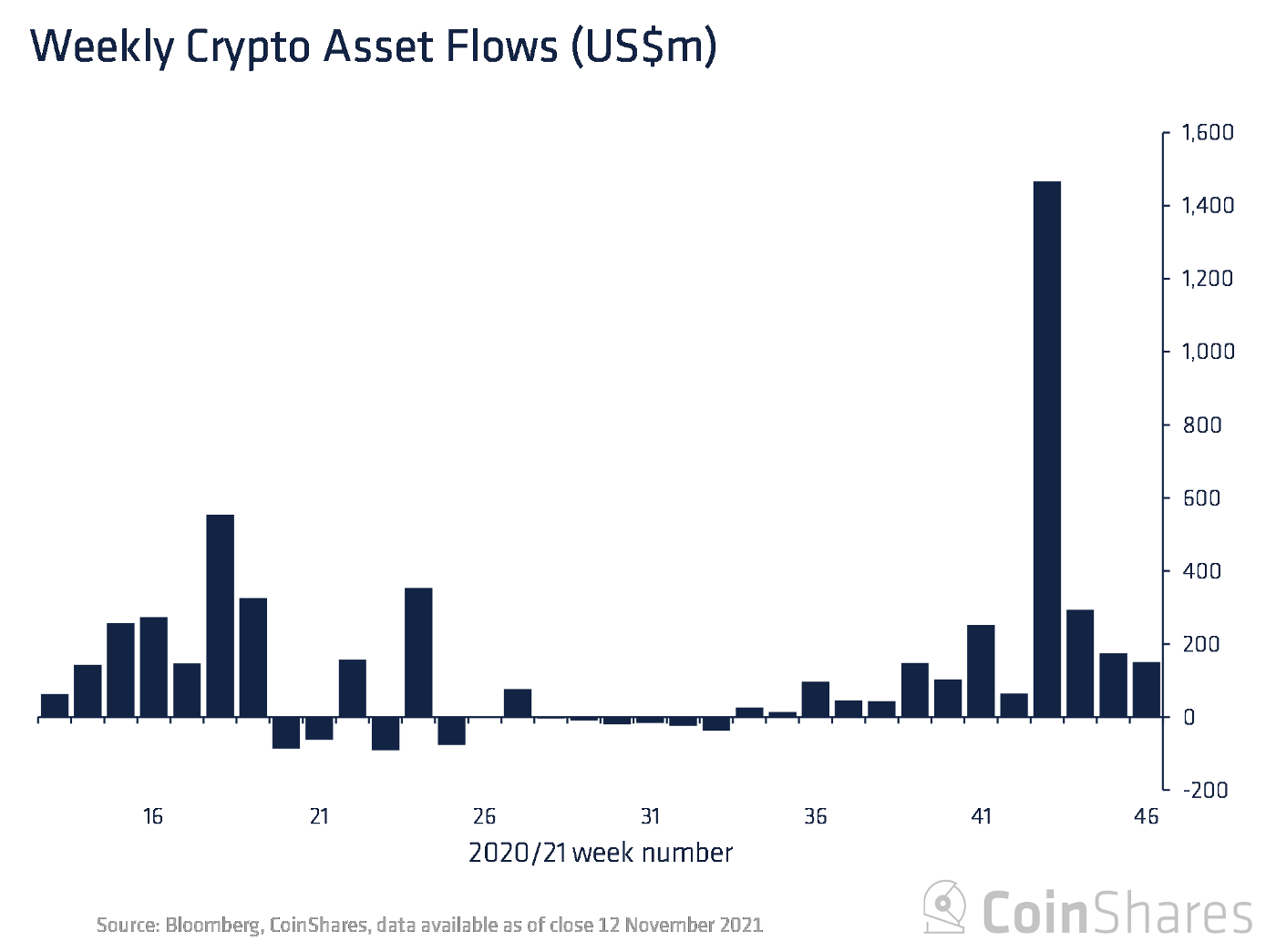 
CoinShares reports that weekly bitcoin inflows from institutional investors totaled $ 97.5 million last week, while the market as a whole registered $ 150.9 million. This is a record sum for bitcoin, despite lower trading volume than in the first half of 2021 so far.

A CoinShares weekly report shows that institutional traders have locked in a record amount of capital in bitcoin investment products. A total of $ 97.5 million was injected into bitcoin last week, while the total inflow of cryptocurrencies was $ 150.9 million.

Among altcoins, Ethereum and Cardano recorded the biggest inflows with $ 17.3 million and $ 16.4 million, respectively. Solana and Polkadot followed with $ 9.8 million and $ 5.2 million.

The most popular investment product in this area was the ProShares Bitcoin Strategy ETF, which has performed very well since its launch. The ETF is also approaching its limit on futures contracts and recorded a trading volume of 24 million shares at its inception.

Bitcoin flows at the end of October were also boosted by bitcoin ETFs, which saw $ 1.47 billion enter the market in mid-October. At the same time, CME’s open interest in bitcoin hit a record high of $ 5.4 billion.

While the trade volume in the second half may not be as high as the first half at this point, that could still change. If the popularity of the ProShares ETF has anything to do with it, the impending launch of the VanEck Bitcoin Futures ETF will only boost investment much more. The VanEck ETF will go live on the CBOE on November 16.

Several ETF applications are also awaiting SEC approval. If the SEC approves more ETFs based on futures, which it seems to be more welcoming, then the coming months could see more influx. Some members of the US Congress have also pushed for Bitcoin spot ETFs, which would dramatically increase capital inflows.

The market appears to be holding close to the $ 60,000 mark and investors are bullish. The strength of institutional investing is also reflected in the retail market, which is also doing well. Short-term forecasts, at least from some analysts, are bullish for these reasons as well as general technical developments.