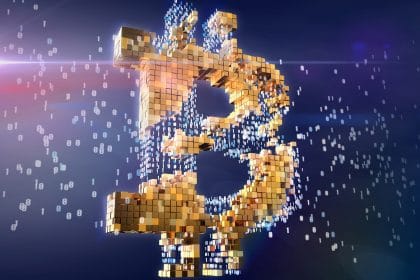 The description of Bitcoin’s growth over the years will not be complete unless recognition is given to the level of digital currency adoption by retail and institutional investors.

The Genesis Block of the Bitcoin Network (BTC) was established exactly 13 years ago today, and many supporters recognize this historic step towards the creation of a decentralized digital currency system. Satoshi Nakamoto, the as yet unidentified creator of the Bitcoin currency, released the Genesis block with the first 50 BTCs delivered on Sourceforge. The value of 50 BTC remains at 0 because the tokens are not transferable.

The Genesis block is accompanied by a message on the blockchain at the time, citing a headline from the UK Times newspaper that reads: “Times Chancellor 03 / Jan / 2009 on the verge of second bank bailout “.

This statement has in part formed a mantra that many members of the digital currency ecosystem have lived through since then. Because of its connection to banks, many believe the Bitcoin goal is to dethrone banks by creating a new financial model without trust and devoid of third-party control.

Dr Craig Wright, one of the figures heavily involved in the Bitcoin network and directly claiming to be Satoshi Nakamoto, lent his voice to explain the mystery behind the Genesis Block message. According to Wright, the title’s timestamp is there to mark the date and prove that Bitcoin has not been “pre-mined” to give its creator an edge and an incentive to create / pump fiat currency value.

He also noted that while the choice of title commentary was deemed political, it had a different meaning or perspective than what many people put forward to it today. Wright said the perception that Bitcoin is there to “destroy” or “replace” banks is false, rather it runs counter to the idea that governments should interfere in free markets. Bitcoin is a free and capitalist market, but not anti-banking.

Wright’s claim to the Bitcoin IP is widely disputed, but he remained the only visible claimant of the Bitcoin protocol.

Bitcoin has undoubtedly come a very long way since its launch in 2009, as the price has risen from practically 0 to the $ 47,116.33 it is currently trading at, according to data from CoinMarketCap. While this current price point suggests growth of 71,752% from its all-time low (ATL) of $ 65.53 printed about 8 years ago, Bitcoin has risen significantly to an all-time high (ATH) at- above $ 68,700 in early November.

The description of Bitcoin’s growth over the years will not be complete unless recognition is given to the level of digital currency adoption by retail and institutional investors. While millions of people currently own Bitcoin, companies, the largest of which are MicroStrategy Incorporated (NASDAQ: MSTR), Tesla Inc (NASDAQ: TSLA), and Block Inc (NYSE: SQ) among others.

Regulations surrounding Bitcoin and the vast ecosystem of digital currencies that have emerged from it are also expanding, as regulators gradually favor investment products such as an ETF that can be traded on nationally regulated exchanges.