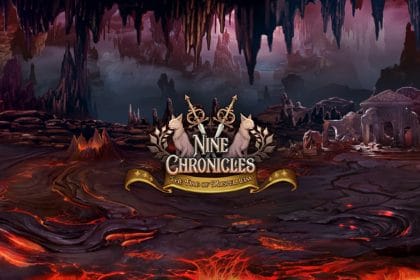 An announcement made by Binance revealed that the new investment fund would see Nine Chronicles bolster its team and product line.

The said Nine Chronicles is a non-server online role-playing game that runs on a player-powered blockchain network. The Planetarium is the team behind Nine Chronicles, the first open-source, fully moddable game that puts the power of game development in the hands of its community.

An announcement on Binance’s blog revealed that the new investment fund will see Nine Chronicles bolster its team and product suite. It will also add some core features such as a mobile client, co-op gameplay, DAO guild support, and a dual token economy that will attract new users within the year.

Additionally, the strategic investment will allow the two partners to work hand-in-hand to build an asset bridge to the Binance Smart Chain (BSC) and provide exclusive in-game NFT skins to the NFT marketplace of the number one crypto exchange. in the world. . New collaborations will allow players to join the Binance community of millions of active users.

Speaking on the strategic investment, Binance Labs Chief Investment Officer Chase Guo noted that the partnership is long-term. He added that “we believe the team’s deep gaming expertise and sophisticated game graphics will bring them great success in the blockchain gaming space.”

Since its launch in October 2020, it has hit no less than 2 million NFT items on its gasless network. Additionally, it has distributed over 10 million of its native $NCG tokens to players in its P2E economy.

In the commentary from Planetarium co-CEOs Kijun Seo and JC Kim said that the team has always been committed to returning ownership of the online game to the community. They noted:

“We plan to go mainstream Nine Chronicles this year by adding new competitive and collaborative features for players and guilds, launching the game on mobile, improving our decentralized network infrastructure, and empowering our passionate community of creators. We believe we can bring decentralized and open source games to the masses through the new partnership with Binance Labs.

The Rise of Play-to-Earn Games

One of the benefits of the current interest in the NFT space is that it has allowed for a focus on other crypto niches that were hitherto in the dark.

In recent times, gaming platforms like Arc8, Sandbox, Battle Racers to Sorare, have seen an increase in growth and adoption.

According to a report by Blockchain Game Alliance, the space recorded over $2 billion in revenue for the third quarter of 2021. This accounted for around 22% of all NFT transaction volume during the same period.

All of this shows that the industry has the huge potential to grow beyond its current level should the NFT craze continue.

Oluwapelumi believes in the transformative power of the Bitcoin and Blockchain industry. He is interested in sharing knowledge and ideas. When he’s not writing, he’s looking to meet new people and try new things.