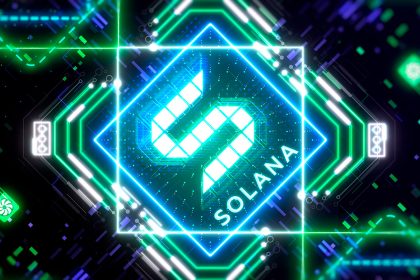 With the Solana blockchain milestone over time, Bank of America is confident that the blockchain could take market share from Ethereum.

Bank of America (NYSE: BAC) has called the Solana blockchain perhaps becoming the “visa of the digital asset ecosystem.” After hosting Solana Foundation Fellow Lily Liu, the Bank released a research note explaining the fantastic features of blockchain. Speaking to its customers, Bank of America noted that Solana is easy to use while offering low transaction fees. The financial services company also wrote about blockchain’s emphasis on scalability.

Since its launch in 2020, the Solana blockchain has grown significantly, performing over 50 billion transactions. Meanwhile, global payments giant Visa Inc (NYSE:V) settled 164.7 billion in the year ended September 30. According to Bank of America analyst Alkesh Shah, the total value locked on the Solana blockchain is over $11 billion. Additionally, the blockchain was used to mint over 5.7 million non-fungible tokens (NFTs). In the note, the bank added that Solana is highly effective for consumer use cases, including gaming and micropayments.

“Solana prioritizes scalability, but a relatively less decentralized and secure blockchain has tradeoffs, exemplified by several network performance issues since its inception. Ethereum prioritizes decentralization and security, but at the expense of scalability, which led to periods of network congestion and transaction fees that sometimes exceeded the value of the transaction sent.

Based on the rating, the analyst attributed Solana’s ability to deliver innovation to its proof-of-history blockchain. The analyst said this improves the blockchain’s performance of its proof-of-stake consensus mechanism. Additionally, SOL has grown over 4,000% in the last twelve months. He said:

“These innovations enable industry-leading processing of 65,000 transactions per second with an average transaction fee of $0.00025 while remaining relatively decentralized and secure.”

Solana is currently the fifth largest cryptocurrency with a market cap of over $47 billion. On the other hand, Ethereum (ETH) is the second largest crypto asset with a market valuation of $398 billion. Comparing Solana to Ethereum, Shah wrote that the Ethereum blockchain focuses more on decentralization at the expense of scalability.

Additionally, Solana’s total year-over-year return dominates that of Ethereum. Despite this, both cryptocurrencies were down around 20% in the past month, with major cryptos posting losses.

Ibukun is a crypto/finance writer interested in conveying relevant information, using non-complex words to reach all kinds of audiences. Besides writing, she enjoys watching movies, cooking and exploring restaurants in the city of Lagos, where she resides.