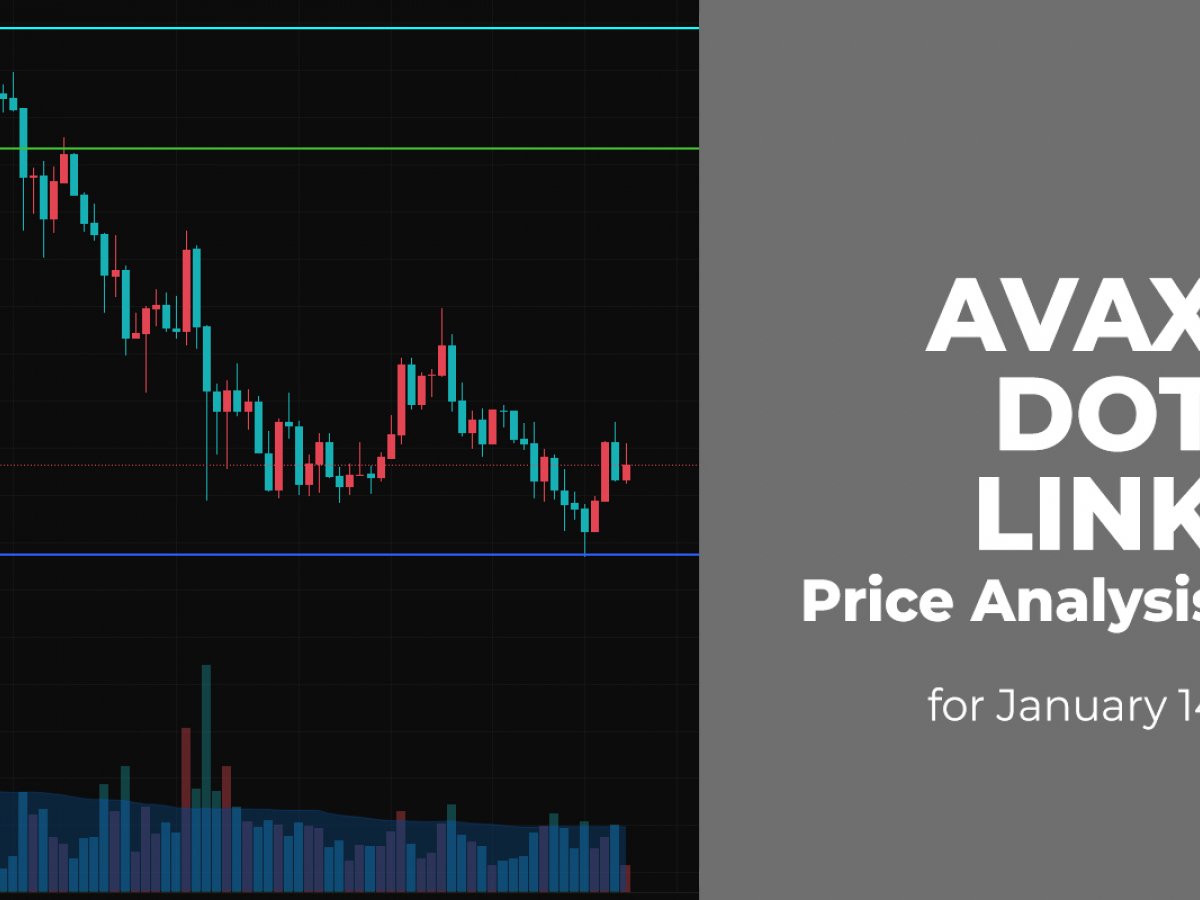 
Buyers were unable to maintain bullish momentum and the majority of coins are under bearish pressure again.

Avalanche (AVAX) is the biggest loser on the list today, dropping more than 7%.

Despite the drop, the altcoin continues to trade in the large channel between the support level at $76.57 and the resistance level at $101. The sideways trades are also confirmed by the falling trading volume, which means that neither the bulls nor the bears are dominating at the moment.

In this case, there is little chance of seeing a sudden move soon as the coin needs to accumulate more power.

Polkadot (DOT) outperforms the other coins in the pack, losing only 1.93%.

After Polakdot (DOT) made a false break of the support level at $22.66, it is trying to build up energy to return to restore lost positions. If the volume of buy transactions increases, the DOT could return to the vital zone around $30.

However, the medium-term uptrend can only resume if the daily candle settles above the resistance at $38.77.

Chainlink (LINK) is trading sideways despite today’s drop. At the moment, the price is closer to the resistance against the increase in trading volume. If the coin returns to the orange line at $26.68 and breaks, buyers can sustain growth at another level at $38.