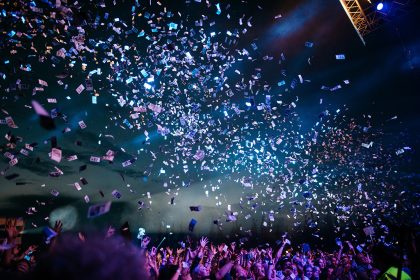 The Acala network will be integrated into Polkadot during the next month of December 2021. Acala managed to secure the first location on Polkadot with a total of 32,515,989 DOTs with a staggering amount of $ 1.2 billion.

“There is real competition and that’s really what we want with the auction. This is something that wouldn’t have really happened in a traditional auction, where they would have stayed really low, until the end, and then they would put everything they had as late as possible.

As per its planned plan, Polkadot will hold five more parachain auctions in the coming weeks. All the winning projects will finally be uploaded simultaneously on December 17th.

Use of funds and new development

One of the first features of the development will be the launch of a stablecoin on the Polkadot network while creating a decentralized exchange (DEX).

“Now that Acala has secured a spot to get started on Polkadot, the real work of launching our blockchain begins. We’ll start the launch on December 18, and that will kick off a phased rollout of multiple products. In 2022, we will launch our Liquid DOT (LDOT) staking product, our decentralized aUSD stablecoin, our AMM-style DEX and our EVM + development environment. This launch phase will also include the gradual roll-out of Acala’s on-chain governance. We’re really excited about what’s to come in 2022 and beyond, ”Acala VP of Growth Dan Reecer said speaking to CryptoPotato about this development.

The Polkadot Parachain Auction (DOT) could lead to a bright future for all DOT token holders. DOT has been one of the top performing cryptocurrencies in the altcoin space. At the time of going to press, DOT is trading at $ 40 as the eighth largest crypto with a market cap of $ 40 billion.