2022 to Become Biggest Milestone for Metaverse So Far 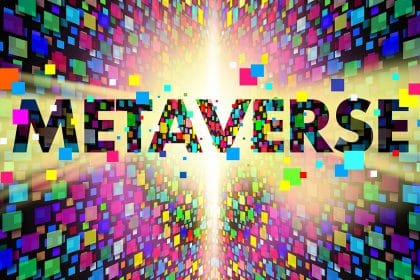 Metaverse has become the newest macro lens for many of the world’s tech giants. Let’s see what metaverse-related releases we can expect from the biggest tech companies in 2022.

With the phenomenon of the Metaverse gaining traction, with businesses and celebrities getting involved in this environment, 2022 is expected to be a huge year for the development of the Metaverse. This year, tech giants Meta Platforms Inc (NASDAQ: FB), Apple Inc (NASDAQ: AAPL), Google LLC (NASDAQ: GOOGL), and Microsoft Corporation (NASDAQ: MSFT) are launching new metaverse-related products and services. And these versions will mark milestones for the Metaverse.

Metaverse is an online virtual world made up of elements such as augmented reality, virtual reality, 3D holographic avatars, video, and other means of communication. In the metaverse, users “live” in a digital universe, interacting with each other through avatars using virtual reality tools.

Metaverse has become the newest macro lens for many of the world’s tech giants. Let’s see what metaverse-related releases we can expect from the biggest tech companies in 2022.

The next versions of Meta Platforms

For starters, Meta Platforms emerged following Facebook’s rebranding on October 28, 2021. The name reflects what the inevitable future of human connectivity and, perhaps, of life itself will be. The company’s metaverse idea includes virtual avatars of people playing games, hosting meetings, attending workshops, exercising, studying and socializing. Along with the rebranding, Meta also announced new tools for people to build for the Metaverse. They included the Presence platform which enables mixed reality experiences on Quest 2. In addition, Meta has invested $ 150 million in immersive learning to educate and train the next generation of creators.

Additionally, Meta has managed to sell around 10 million units of its Quest 2 headset required for the Oculus VR app. Notably, it was the most popular app on the App Store in the United States at Christmas. In 2022, Meta Platforms will release another VR headset. Known as Project Cambria, the device will have sensors to capture facial expressions. Additionally, the headset will support a diverse range of facial features and skin tones, as well as beards, goggles, and other items that may interfere with the sensors.

Recently, Meta launched the Horizon Worlds platform where people can attend comedy shows and movie nights in the virtual world of Facebook. Currently, this only works with Quest and Quest 2 headsets. However, it is expected to add support for Project Cambria as well.

As for Apple, the company is said to be developing headsets to tap into the metaverse. According to Ming-Chi Kuo, an analyst covering Apple for financial services provider TF International Securities, the headset will likely integrate AR and VR functions into a single device. In addition, the headsets will be powered by a high-end chip and could be fitted with high-resolution displays.

“We believe there is a high likelihood that Apple will eventually have a product family that meets the [metaverse] and we should see a prototype in 2022. The AR or MR glasses are a logical contribution from Apple to the Metaverse, where we will play and work in more immersive digital worlds.

Apple itself does not comment on rumors surrounding its meta-developments. It will likely surprise the market at launch, in the same way it did when it released its iPhones or Apple Watch.

Immediately after Facebook’s rebranding, Microsoft revealed its own plans for developing the metaverse. In particular, he introduced Mesh, a solution to the problem of online meetings becoming tedious and detached from any real human emotion. The product enables organizations to create metavers where people can collaborate in virtual environments that mimic physical offices and other shared spaces. Anyone at a meeting can be present without being physically present using personalized avatars.

In 2022, Microsoft plans to upgrade its Mesh functionality and integrate it into the Teams platform. In addition, the company will focus on developing features for Xbox games.

With both VR and AR products, Google is one of the few organizations that can claim to have launched devices for both categories. It became clear that the giant was also considering developing a metaverse after acquiring North, a pioneer in human-machine interfaces and smart glasses.

Currently, Google is expanding its team by focusing on operating systems for augmented reality. The team, which had previously affixed “and virtual reality” to the name of the group, is “responsible for laying the foundations for excellent immersive computing and prototyping useful and enjoyable user experiences.”

Daria is an economics student interested in the development of modern technologies. She is eager to learn as much as possible about cryptos because she believes they can change the way we view finance and the world in general.